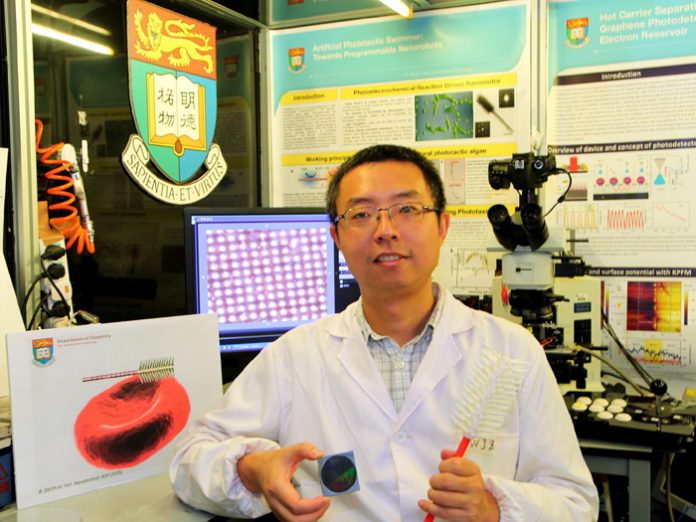 With size comparable to a blood cell, these tiny robots have the potential to be injected into a patient’s body, the study said.

The nanorobot, developed by a team of researchers led by Jinyao Tang from the University of Hong Kong, used light as the propelling force.

“Light is a more effective option to communicate between microscopic world and macroscopic world. We can conceive that more complicated instructions can be sent to nanorobots which provide scientists with a new tool to further develop more functions into nanorobot and get us one step closer to daily life applications,” Tang said.

In the study, the researchers demonstrated the unprecedented ability of these light-controlled nanorobots as they are “dancing” or even spell a word under light control.

With a novel nanotree structure, the nanorobots can respond to the light shining on it like moths being drawn to flames, Tang observed, as he described the motions as if “they can ‘see’ the light and drive itself towards it”.

“Although the current nanorobot cannot be used for disease treatment yet, we are working on the next generation nanorobotic system which is more efficient and biocompatible,” Tang noted.

The findings are published in the journal Nature Nanotechnology.

Beware! Binge drinking can kill you in sleep