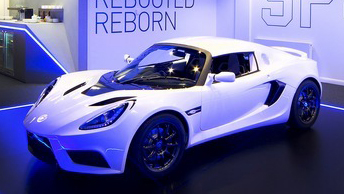 Beijing, Oct 30 (IANS) The world’s fastest two-seat, pure-electric sports car is to be delivered to a customer in China within weeks, the vehicle’s builder said on Friday.
The owner will be able to reach 100 kms/h from idle in just 3.9 seconds and hit a top speed of 249 kms/h, Xinhua quoted Detroit Electric who have seen the first of its SP:01 electric sports cars rolling off its new production line in England, as saying.
A company spokeswoman on Friday said the first car is earmarked for a customer in China.
In a statement, Detroit Electrics said the lightweight car would go on sale in Asia and Europe over the coming weeks.
The car combines a carbon fibre body with an aluminium chassis and features a 285 horsepower, 210 kilowatt electric motor.
Albert Lam, chairman and group CEO of Detroit Electric said “We are thrilled to see our first production car roll off the line at our UK manufacturing site. Our first customer is sure to appreciate the unique experience of driving the SP:01 as we have worked hard to develop technologies that ensure it is one of the most rewarding pure electric sports cars to drive.”
The car’s battery is said to be the most energy-dense automotive battery pack in the world. An advanced battery management system on the vehicle gathers data about the car’s battery health.
The SP:01 comes equipped with an app-based system which utilises Android technology and allows users to search for nearby roadside charge points.
When away from the SP:01, owners will be able to use the app as a remote control unit via GSM, enabling them to locate the vehicle, turn on the climate control system and check the charge status.
Detroit Electric has already established a network of distributors across Europe and Asia extending from Iceland and Norway to Azerbaijan, South Korea, China to South Africa.
The company says it will shortly reveal the price tag of the car in Europe and Asia.
The identity of the first buyer has not yet been revealed, but an announcement is expected within weeks.
Detroit Electric was introduced in the US in 1907 by the Anderson Electric Car Company, establishing itself as the market leader and most prolific manufacturer of electric cars.
The company was revived in 2008 by Albert Lam, former group CEO of the Lotus Engineering Group and executive director of Lotus Cars of England.
Although the manufacturing plant is in England, the company’s European headquarters is located in the Netherlands.

TransLink wants your input on Route and Service Changes