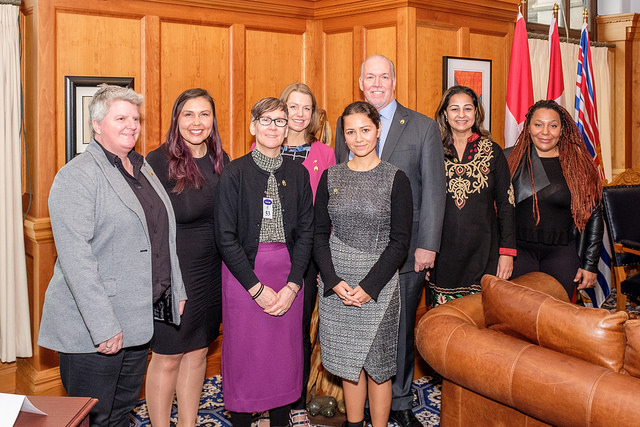 Victoria: The Province is joining the United Nations’ 16 Days of Activism against Gender-Based Violence campaign to help advance gender equity, make life better and make communities safer for women, girls and transgender people in B.C. and around the world.

“Everyone has the right to live without fear and violence, yet women, transgender and gender-diverse people continue to face gender-based and sexualized violence in every part of their lives,” said Mitzi Dean, Parliamentary Secretary for Gender Equity. “Every step we take in this fight must include the voices and acknowledge the experiences of those who have faced this type of violence.”

To mark the beginning of the 16 days, Premier John Horgan and Dean met with anti-violence advocates to discuss the progress and challenges of ending gender-based violence in B.C.

In addition to joining the campaign, the Province has been taking cross-government action to address gender-based violence. The Province has allotted $734 million in funding to build 1,500 new transition homes for women and children fleeing violence. The first 280 of these safe spaces will be delivered in 12 projects around the province and will include funding for a range of services, such as emotional support and safety planning.

Government has also invested $5 million to help reduce waitlists and better meet demand for vital services like counselling, outreach and crisis support, with an additional $18 million over three years for continued services.

In continuing its work toward reconciliation, government has provided funding to the Snuneymuxw Youth and Family Society in Nanaimo to operate 10 transition house beds that will primarily serve Indigenous women and children and will provide culturally appropriate supports. To ensure safe and reliable travel for women in northern B.C., the Province is increasing cellular service and building a new cell tower along Highway 16 and establishing the BC Bus North long-haul bus service.

Government is taking steps toward fighting gender-based violence and working together to ensure a better and safer B.C. for all.

Ninu Kang, MOSAIC BC said: “Ending violence is also about challenging the systems of inequality that women and children who experience intersecting oppressions like poverty, racism and language barriers face. Ensuring newcomers to Canada are supported through culturally appropriate prevention and education is key to decreasing risks and making our communities safer.”

More people have overdosed in Vancouver so far this year compared...

When the snow melts – By Ray Hudson