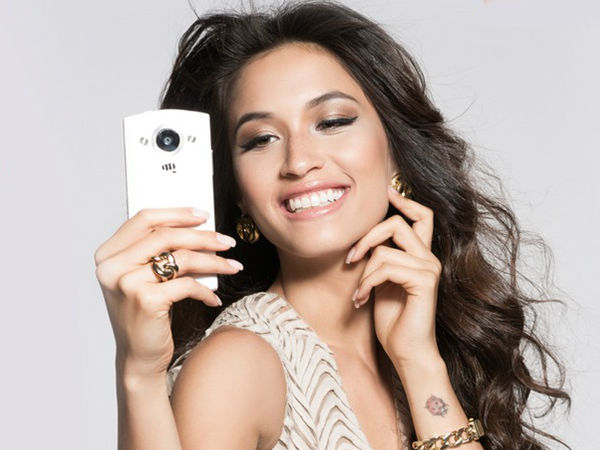 London, March 30 (IANS) If your girlfriend insists on clicking her selfie from the right-hand side, then she is not alone. Women ensure that the camera always captures their best side — and almost half of women say that they will always turn a particular way when confronted with a camera.

In a poll of 1,000 women, most preferred to be photographed from their right-hand side, Daily Mail reported. Women said they preferred one side over the other because of their hairstyle or parting, the profile of their nose or to avoid a mole or scar.

The results showed that the ‘selfie’ culture has exerted more pressure on women to look attractive in photos, with over half admitting they panic when a photo captures them off-guard.

The survey, commissioned by an online dating company, found that 23 percent said their right side was better, compared with 18 percent for the left. A confident 16 percent boasted that both sides were ‘great’ and 43 percent said they did not consider an advantage from either side.

The poll was commissioned by Fuzzy Banter, a new dating app service which blurs users’ profile photos until they feel comfortable enough to reveal them. It found that a third of women have become more anxious about having their photo taken since the advent of social media.

Community Leaders in Vancouver & Toronto Call on Larco Hospitality to...

Interview – Why are people losing interest in pure classical music:...