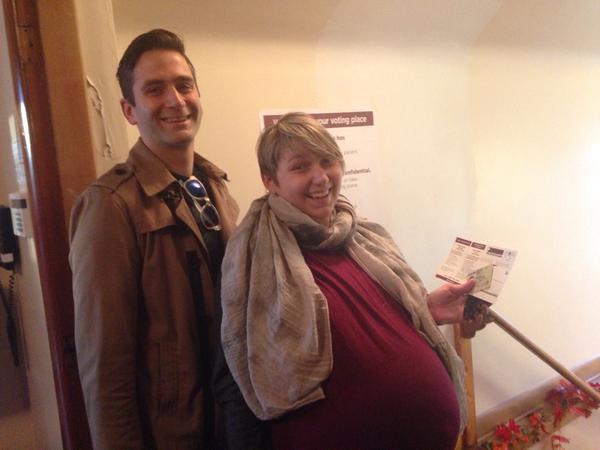 She and her husband Sandy went Monday morning to a polling station in the riding of Winnipeg South Centre.

Gillian asked those in line inside Harrow United Church if they could go ahead to vote.

She told them it was because she had to have a C-section at 9 a.m. to deliver her three babies.

People in line replied yes in unison and motioned them to move ahead to the front of the line.

Relative say Taronno has given birth and she and the three baby girls are healthy and doing well.

The names of the babies have yet to be announced, but someone on a relative’s Facebook post suggested Justine, Stephanie and Thomasina.