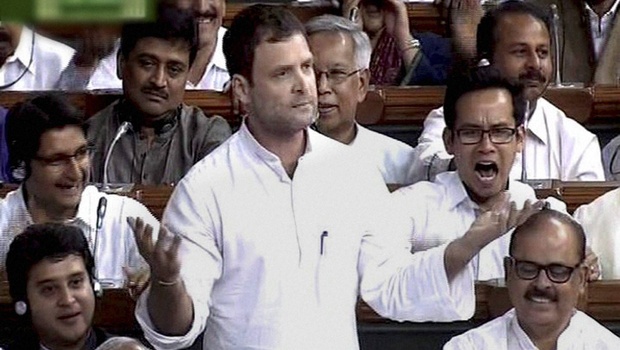 “State legal help for Shah-Zada! Why this, why this Kolaveri Da?” Gandhi said in a tweet slightly twisting the line in a Tamil film song made famous a few years ago with its “Kolaveri Di”.

The Congress leader attached a press statement from web portal The Wire, titled “Jay Amit Shah attempts to Gag The Wire” with his tweet.

Gandhi’s fresh attack on the BJP came on a day the party asked the Congress to explain the alleged links between Congress President Sonia Gandhi’s son-in-law Robert Vadra and arms dealer Sanjay Bhandari.

The Congress has been raking up the issue of the spurt in the turnover of a company owned by Jay Shah from Rs 50,000 to Rs 80 crore “in a year”.

The party has accused Prime Minister Narendra Modi of being silent on the issue and sought an inquiry by sitting Supreme Court judges.

The BJP has rubbished the allegations and said Jay Shah’s business was perfectly legitimate and legal. The party has also rejected Congress allegations of crony capitalism.