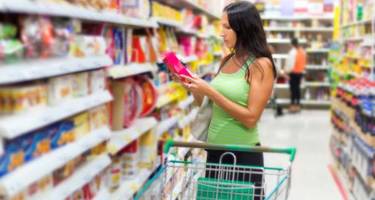 New York, June 24 (IANS) If you are trying to lose weight relying simply on “fitness” foods, it may backfire, new research suggests.

The “fitness” branding encourages consumers to eat more of those foods and to exercise less, potentially undermining their efforts to lose or control their weight, the study said.

“Unless a food was forbidden by their diet, branding the product as ‘fit’ increased consumption for those trying to watch their weight,” said study author Hans Baumgartner from Pennsylvania State University in the US, and colleagues.

“To make matters worse, these eaters also reduced their physical activity, apparently seeing the ‘fit’ food as a substitute for exercise,” the researchers said.

The authors investigated the effects of fitness-branded food on consumption and physical activity in “restrained” eaters — eaters who are chronically concerned about their body weight.

Participants were given trail-mix style snacks marked either “Fitness” or “Trail Mix” with a picture of running shoes which was added to the packaging to make the “Fitness” snack appear even healthier.

For those who were specifically trying to watch their weight, the effect of labelling was significant, causing them to eat far more of the snack marked “Fitness.”

Snackers eating the “Fitness” brand also chose to expend less energy during the exercise phase of the experiment.

The study was published in the Journal of Marketing Research.

Have a Great Vacation, but Come Back Healthy