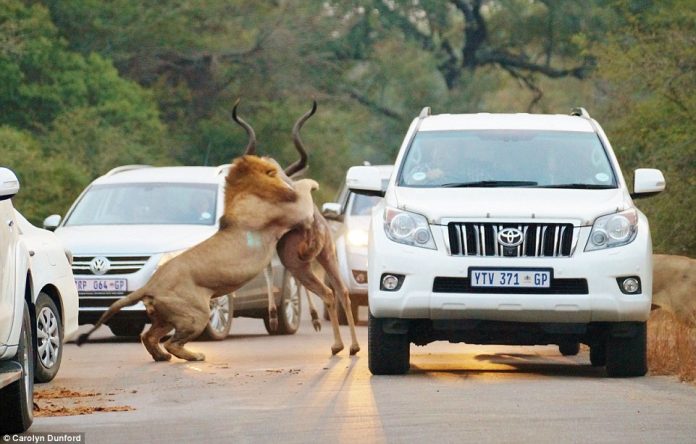 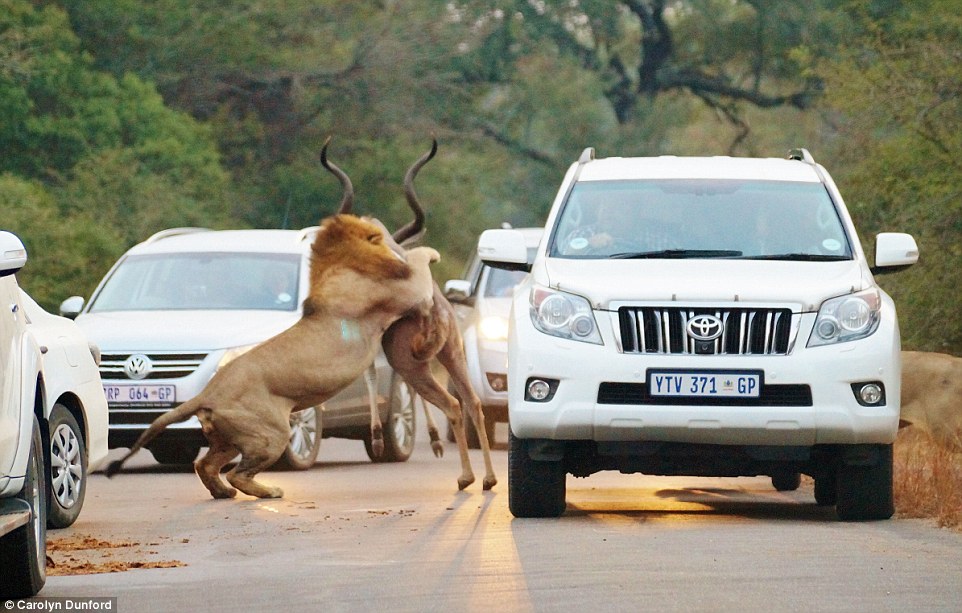 London, July 17 (IANS) Tourists at South Africa’s Kruger National Park were treated with a rare sight of two lions hunting down an antelope just inches away from their cars, media reports said.

Carolyn Dunford, 23, from Romsey, England, took the incredible photos of the big cats carrying on with their usual job amid busy traffic while working as a wildlife researcher in South Africa.

Drivers on the route were forced to a standstill and watch the predators in an unexpected display of their hunting prowess.

As the kudu slipped on the tarmac surface, one of the lions pounced on its back. The second lion went straight for the animal’s throat, quickly killing it.

“I encountered two large male lions and a queue of cars coming towards me on the road,” Dunford said.

“I started turning my car to be able to follow them. One of the lions spotted the kudu in the bush and as a biologist I recognised this hunting stance, so took photos of it,” she added.

Dunford said she was amazed by the power and team work the lions showed.

“An encounter like this is an amazing thing to see. It was a real privilege to see this hunt up close. The kudu was no match for these amazing predators.”

Earlier this month, tourists caught incredible snaps of the moment when a British safari tour guide was mauled by a leopard in the Kruger National Park.