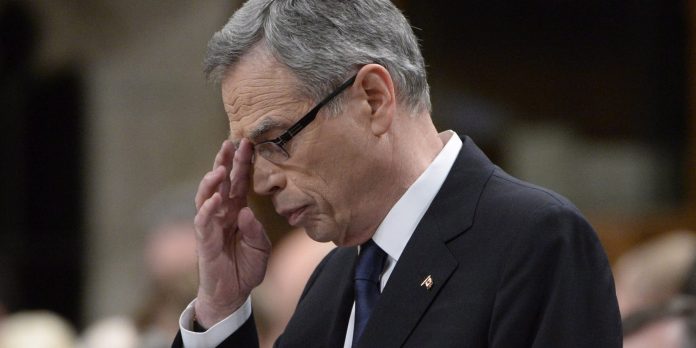 TORONTO: Finance Minister Joe Oliver says the country was not in a recession in the first half of the year despite economic data to the contrary.

In an interview with The Associated Press, Oliver said there was an economic contraction mainly confined to the energy and resource sector _ but he doesn’t believe there was a recession in the first two quarters of 2015.

“We don’t believe that the economy was in fact in a recession,” Oliver told the news agency.

“We’re really talking about a contraction in the energy and resource sector of the economy, which is less than 20 per cent of the economy. Granted there is a spillover but the other 80 per cent was growing.”

Earlier this month, Statistics Canada reported that real gross domestic product contracted at an annual pace of 0.5 per cent in April to June, preceded by a decline of 0.8 per cent in the first three months of the year.

That meets the federal government’s definition of a recession, which is two consecutive quarters of negative GDP.

Oliver’s comments clash with those of his party leader. Stephen Harper has acknowledged that there was a recession, at least in Alberta, saying last week it was brought on by oil prices that have fallen in half.

Some economists say whether Canada fell into a recession is subject to some debate, as the country did not exhibit some of the classic hallmarks of an economic downturn, citing job growth and strong trade figures.

Oliver, who is running for re-election in the Toronto riding of Eglinton-Lawrence, pointed to economic growth of 0.5 per cent in June _ the first monthly increase in six months.

“I can tell you this, we don’t believe we’re in a recession at all now,” Oliver said. “The trade numbers are robust. Consumer confidence is good and we returned a budget surplus.”

The Finance Department said last week that Canada had a $1.9-billion surplus in 2014-15. Harper has used that to buffer his image as a sound fiscal manager in his bid to get re-elected on Oct. 19.

The Liberals and NDP have said they believe the country is in a recession now. Liberal Leader Justin Trudeau says Conservative government underspending in areas including veterans and seniors brought on the recession, while Tom Mulcair of the NDP says the recession is a clear indication that Tory economic policies have failed.