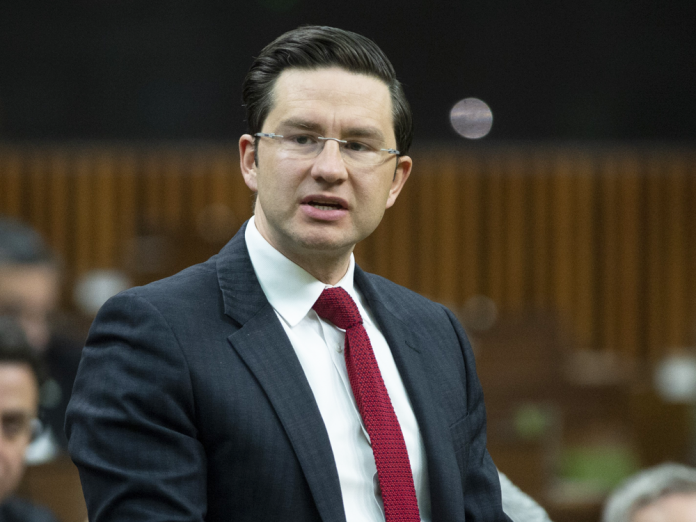 By Lee Berthiaume
The Canadian Press

Ottawa: The federal Conservatives are calling on WE Charity to release a series of documents the Toronto-based youth organization promised to hand over to a House of Commons committee before Prime Minister Justin Trudeau prorogued Parliament.

But WE is pushing back against the Tories’ request, with the organization’s legal counsel saying it amounts to “politics, not proper process.”

The Tories’ request is contained in a letter sent Sunday from Conservative finance critic Pierre Poilievre and ethics critic Michael Barrett to Craig and Marc Kielburger, the brothers who co-founded WE more than 20 years ago.

It represents the official Opposition’s latest effort to continue digging into the decision to have WE run a multimillion-dollar student-volunteer program, after Trudeau temporarily shuttered several Commons committee investigations by proroguing Parliament on Aug. 18.

In their letter, Poilievre and Barrett note the Kielburgers and other WE officials committed to provide members of Parliament with answers to several questions they were unable to answer while appearing before the finance committee.

Those unanswered questions are outlined in two annexes prepared by the Library of Parliament and attached to the Conservatives’ letter, and include details on WE’s discussions with the Liberal government about the Canada Student Services Grant.

The finance committee also asked the charity to provide more information about two trips that WE hosted for then-finance minister Bill Morneau and his family to Kenya and Ecuador.

“That additional information had not been provided to the committee at the time that Justin Trudeau shut down Parliament,” Poilievre and Barrett wrote to the Kielburgers.

“However, given you both expressed your desire to provide members of Parliament with the information required, we urge you to not wait for the House of Commons to return in September.”

The Kielburgers spoke to the finance committee via videolink on July 28, at which time they insisted WE was not chosen to run the Canada Student Services Grant because of the organization’s ties to Trudeau and other members of the Liberal government.

WE executives Dalal Al Waheidi, Scott Baker and Sofia Marquez appeared two weeks later, when they were grilled over dozens of communications with public office holders despite not being registered with the federal lobbyist registry.

In a statement to the Canadian Press on Sunday, a lawyer for WE appeared to reject the Conservatives’ request.

“Mr. Poilievre’s letter amounts to politics, not proper process,” William McDowell said. “The committees ceased to exist with the prorogation of Parliament. There is no committee to receive the documents.”

McDowell added that “when there is a new committee, our clients will be pleased to communicate with the clerk of the new committee regarding the production of documents.”

All committee work officially ends when Parliament is prorogued.

But the committees can reconstitute themselves and continue their studies when it resumes. That is expected to happen after the throne speech on Sept. 23 as opposition parties hold a majority of seats on all committees.

To that end, Poilievre and Barrett warned the finance committee would “aggressively” follow up on any outstanding information after Parliament resumes, “but we are certain that in the spirit of co-operation you will want to proactively respond now.”

The Canada Student Services Grant was announced by Trudeau on June 25 and billed as a way for students to earn money towards their post-secondary education by volunteering for charities and non-profit groups fighting COVID-19.

But the government’s decision to have WE run the program, which had an announced budget of $912 million, drew immediate allegations of a conflict of interest due to Trudeau’s ties to the charity, including appearances at several of its WE Day rallies.

WE eventually backed out of the agreement, citing political controversy, and the grant program has since been abandoned. The ethics commissioner is now investigating Trudeau, whose family was paid to appear at several WE events, as well as Morneau.

Barrett wrote last week to Speaker’s Spotlight, the agency through which WE paid hundreds of thousands of dollars to Trudeau’s wife, mother and brother for those events, to hand over all documents about the arrangements.

Trudeau and Morneau have apologized for not recusing themselves from cabinet’s discussions about the agreement to have WE run the grant program, but insisted it was public servants who recommended the organization.

Thousands of government documents released by Trudeau when he prorogued Parliament appear to back up that assertion, but also suggest bureaucrats may have been encouraged to work with WE by their political masters.