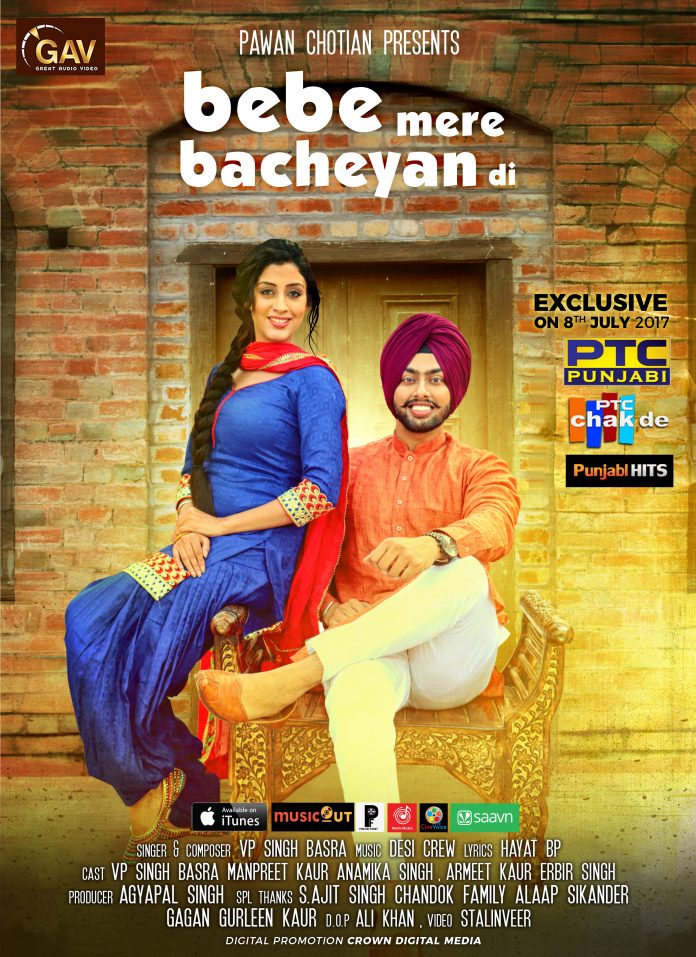 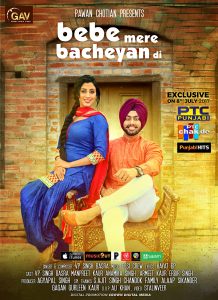 Indo-American Punjabi singer VP Singh Basra made his re-entry in the Punjabi music industry with his latest Punjabi track, ‘Bebe Mere Bachea Di’, on July 8. The song was launched worldwide by music label Great Audio Video Records (GAV Records) on the TV Channels and Social media platforms with a much-created pre-hype a week before the date. Song’s music is done by popular music group Desi Crew, giving it a Sweet desi-urban mix. The track is shot by popular music video director Stalinveer, and lyrics are by Hayat BP.

The track’s soft and romantic-styled music is perfectly created for audiences of Punjab, Haryana, along with major cities like Delhi, Mumbai, parts of North India, and all over the globe – Canada, USA, UK, Australia, New Zeeland.

VP Basra speaks about the song, “It feels amazing to see my first track launched. Each and every one who was involved in the making of this song has put his heart and soul to it. I’m excited to see how people will find the song. The song, the beats, the music, the video, everything is just so perfectly designed for everyone to just fall in love with. I’m sure I will be able to find some space in people’s hearts and I promise to continue bringing out good music for all!”

VP Basra is a young and fresh artist in the industry, but he already holds popularity in the social media space with his many self-made music videos on his own Facebook page. VP believes in keeping on learning at every stage of his life. He finds passion in his music, and his music makes him happy. VP is not only a singer, but plays many musical instruments too, and is also trained in professional Bhangra!