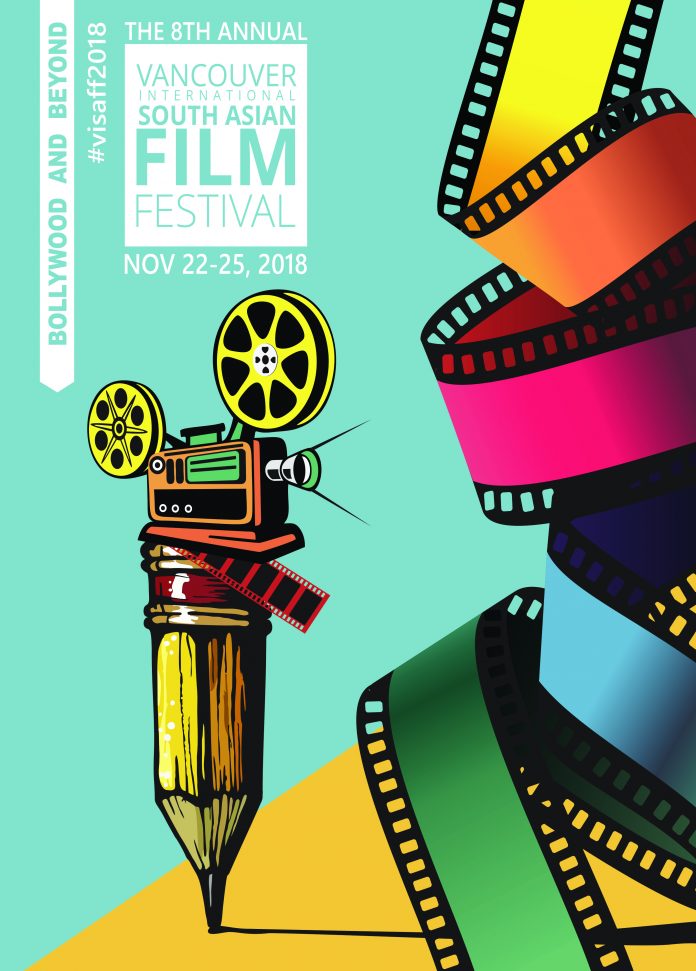 The Vancouver International South Asian Film Festival (VISAFF) is back for it’s 8th year. This year they are presenting a line-up you don’t want to miss, including the Opening Gala presentation – Mehsampur,a MAMI Mumbai Grand Jury Prize winning film, having it’s North American premier at VISAFF 2018.
Mehsampur is filmed in  mockumentary style, and follows a young filmmaker who sets out to make a documentary about deceased Punjabi folk-singer Chamkila, sometimes referred to as the “Elvis of Punjab”. What proceeds is a stylistic exploration of the assassination of Chamkila and also the filmmaking process, creating a sort of meta-movie or a film-within-a-film. Described as outrageous, bold, vigorous, and provocative, Mehsampur blurs the line between art and life.
Closing the festival is Manto – a biographical drama about the daring and controversial famous Urdu author Saadat Hasan Manto, directed by acclaimed actress and director Nandita Das and starring Sacred Games’ Nawazuddin Siddiqui, which has been eagerly awaited by North American audiences.The main narrative follows Manto through the time of India’s Independence in which he experiences several major life events and is interwoven with some of his most famous stories. Incredibly poignant and sincere, Manto illustrates the importance of storytelling.
Since its inception in 2008, the Vancouver International South Asian Film Festival (VISAFF) has been a collaboration between directors, actors, producers, community organizations, corporate brands and South Asian cinephiles. VISAFF provides a platform to share and promote South Asian stories, culture, and perspectives that go unrepresented by mainstream cinema or Bollywood film.
The festival is dedicated to bridging the gap between South Asian talent and mainstream audiences and showcases films from all over the world. In its 8th year, VISAFF continues building on it’s mandate with a lineup that includes 5 Canadian films, as well as films from the US, India, England, Pakistan and Iran. VISAFF will have 40 plus film showings this season, which include a Bengali and Marathi language feature film –  Shonar Pahar (The Golden Mountain) and Chumbak, respectively. The festival will also include Motorcycle Girl a feature length Pakistani film inspired by the real life story of motorcyclist Zenith Irfan.
Beyond the films, VISAFF includes a whole host of workshops ranging in topics from acting, production, and casting, with a special ‘Practice Your Pitch’ session from Crazy8. The festival also includes a business-to-business networking event, hosted with the support Surrey Board of Trade (SBOT) and the British Columbia Indian Business Network (BC-IBN) to help community engagement and building amongst industry players in post-production, digital entertainment, and interactive arts.

Aaarzu Magazine is also presenting a 5×15 industry panel in which 5 outstanding speakers from the film and television industry will share their experience and expertise in fifteen minutes each followed by Q&A’s.
This year, VISAFF is also launching a new youth component – VISAFF YOUth Edition! This new launch is an amateur competition for youth students to submit their own original short films that will be screened at the City of Surrey Centre Stage. In addition to the screening, VISAFF YOUth Edition will include panels, industry talks, practice pitch sessions, and presentations from local industry speakers.

The festival runs from November 22-25 and the full festival lineup and schedule can be found at www.visaff.ca 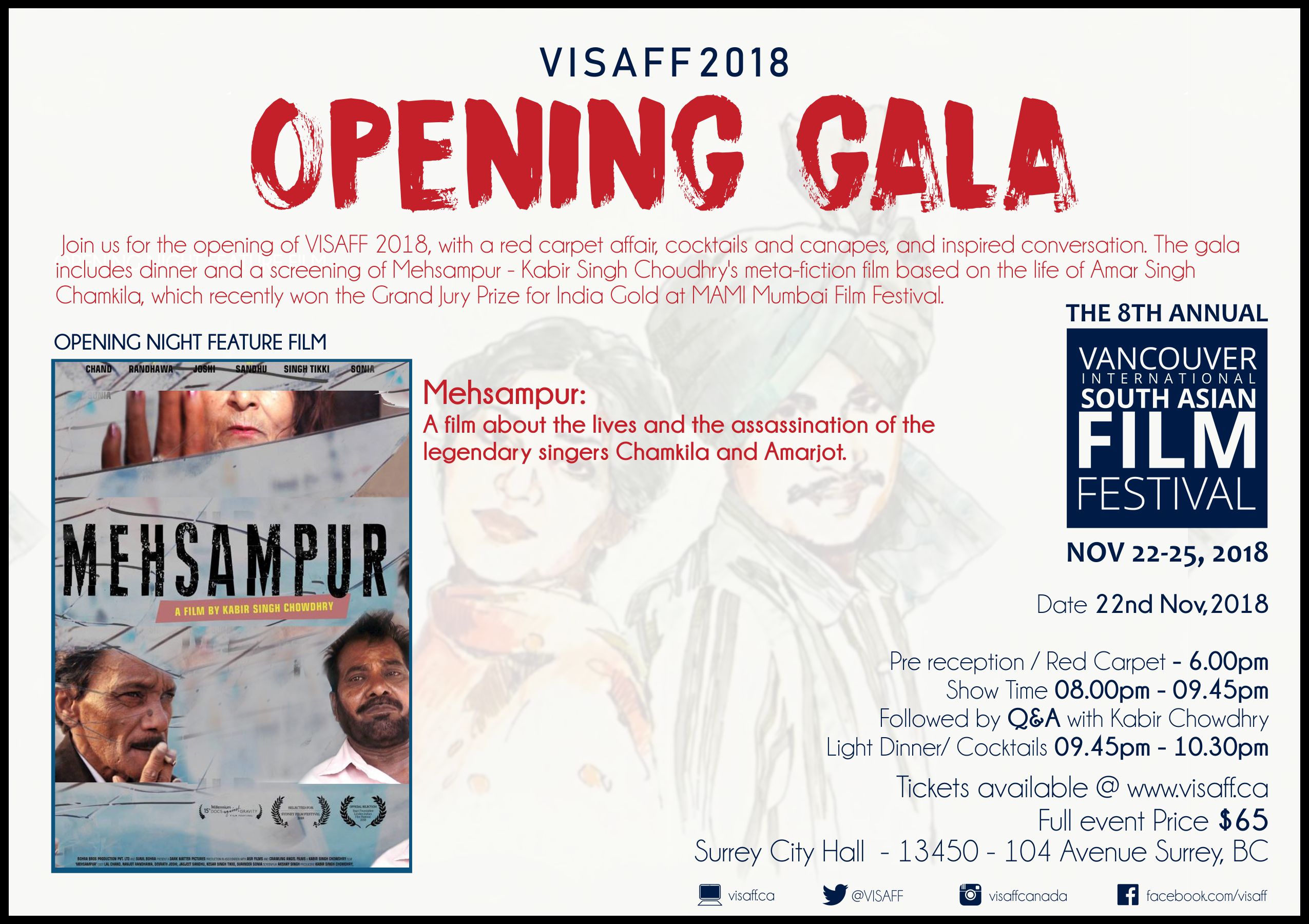 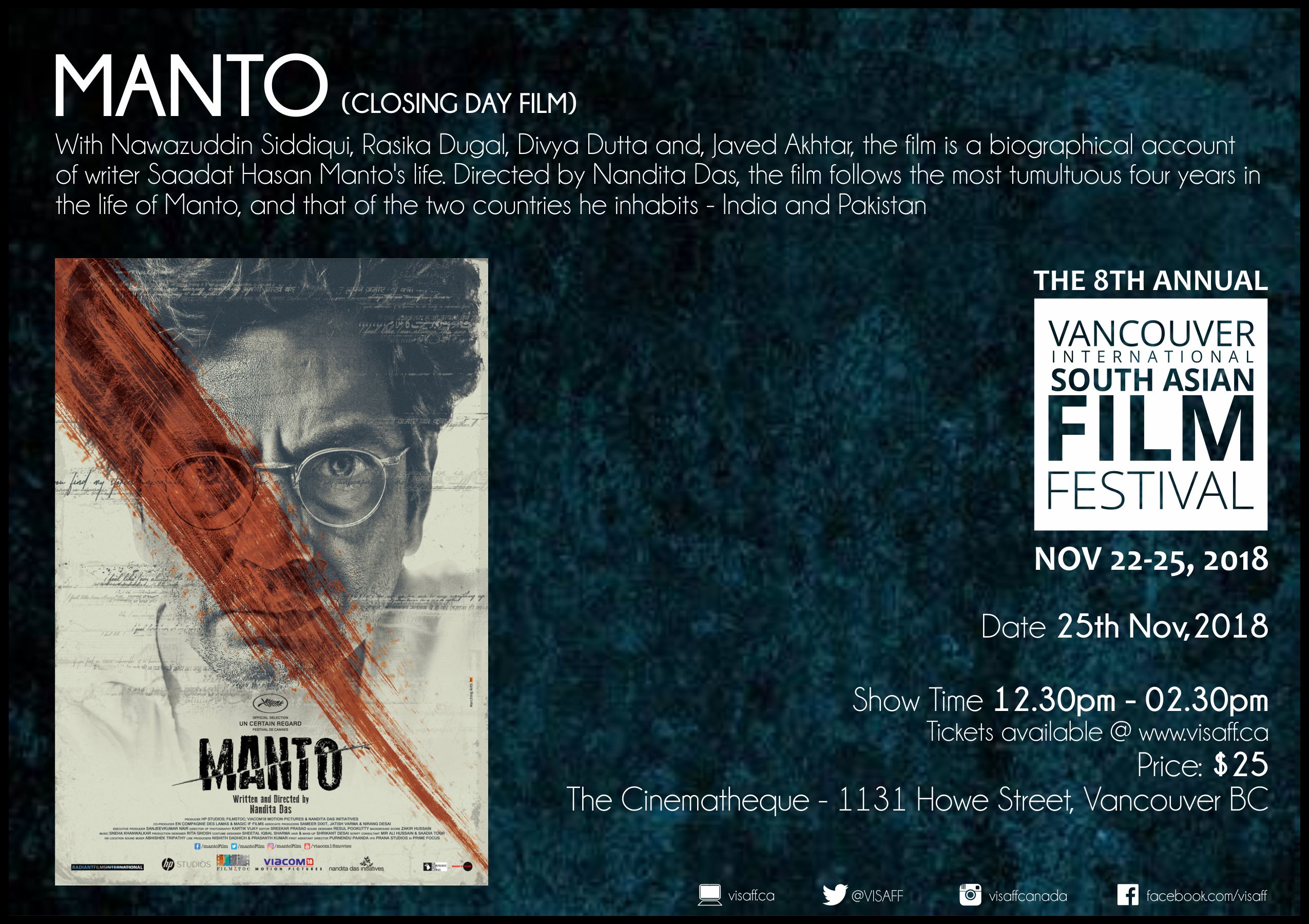