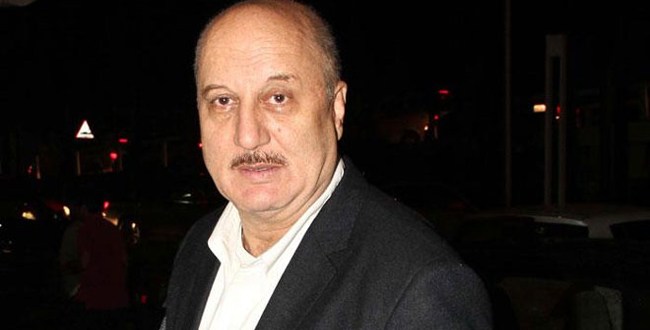 New Delhi: Anupam Kher, who has acted in over 500 movies and is a vocal supporter of Prime Minister Narendra Modi, was on Wednesday named Chairman of the prestigious Film and Television Institute of India (FTII) in Pune.

The film industry hailed the move. Anupam himself said he will give his best to the role.

“I feel deeply humbled and honoured to be apportioned as the Chairman of iconic FTII. I will perform my duties to the best of my abilities,” Anupam tweeted.

Kirron Kher told Times NOW that Anupam was the right choice to head the FTII, which provides training in acting, direction and other technical aspects of film making in a country which is one of the largest producers of movies.

“My husband is a very fine actor. He has been in the film industry for so many years. He is very capable of (being FTII head).

“He has been teaching acting for so long. He is the only person who earlier headed CBFC, then National School of Drama and now has been appointed Chairman of FTII.”

Anupam, who began his acting career with “Saaransh” in 1984, also has his own acting institute Actor Prepares.

He was honoured with Padma Shri in 2004 and with Padma Bhushan in 2016 for his contribution to the field of arts.

His appointment on Wednesday was welcomed by the film fraternity with open arms.

Filmmaker Madhur Bhandarkar tweeted: “Heartiest congratulations to Anupam Kher.” Filmmaker Pritish Nandy called it an “excellent change” at FTII. “Finally, the government is listening to us.”

Actor Kabir Bedi said Anupam “would do wonders” in his new role, and director Kunal Kohli said “no one could be more appropriate to set it back on track”.

Chauhan, however, said FTII needs a good administrator, more than a good actor.

Conveying his good wishes to Anupam, Chauhan told IANS: “In FTII, it’s more important to be a good administrator than a good actor. He is quite experienced and runs his own (acting) institute (Actor Prepares) in Mumbai. So, I think he will be able to handle it quite nicely. I wish all the best to Anupamji and wishes he will complete all the work, which I left due to the end of my chairmanship.”

Chauhan completed his tenure in March. His appointment had triggered student protests at the Pune-based institute. Anupam had then said the FTII needed a person with much more qualifications than Chauhan had as a producer, director or actor.

Chauhan, who said he himself had a “lot of administrative qualifications”, insisted that he had not been axed as claimed by a section of the media.

Don We Now Our Hillary-ous Apparel – You Dont say By...