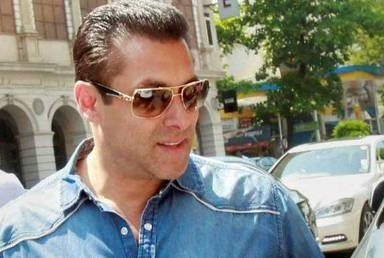 Jaipur: A local court in Jodhpur will announce its judgement in an arms act case against Bollywood actor Salman Khan on January 18.

“The court of chief judicial magistrate after completing its hearing on Monday has reserved the judgement,” Hastimal Saraswat, counsel for Khan, told IANS on Tuesday.

Salman Khan will have to be present in the court when it announces the verdict in the over 18 years old case.

Salman and a few other Bollywood actors were accused of poaching blackbucks on the midnight of October 1-2, 1998, during the shooting of Hindi movie “Hum Saath Saath Hain”.

Khan was accused of carrying and using illegal arms with an expired licence. A case under the Arms Act was registered against him.

The Rajasthan High Court in July 2016, had acquitted Salman in another case related to chinkara poaching.

Salman had appealed before the Jodhpur bench of the high court challenging a lower court’s verdict in 2006 that handed him a one and five-year term in the two separate cases of poaching.

However, Salman as well as the state government had appealed before the high court challenging the lower court’s verdicts on various grounds.

In July the high court while allowing the appeal of Salman acquitted him of all the charges and also dismissed the appeal filed by the state government for enhancement of sentence.

However, the Rajasthan government in October 2016, filed a special leave petition (SLP) in the Supreme Court against the acquittal by the high court in the chinkara poaching cases.