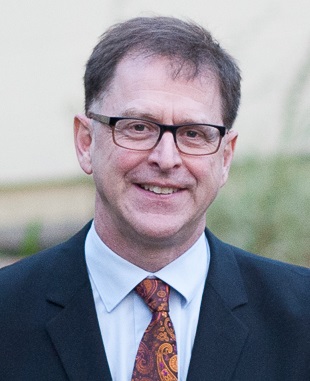 Victoria: The Province will restrict vapour product access, flavours, nicotine content, packaging and advertising, and intends to increase taxes on vapour products, to protect youth from risks associated with vaping.

“Some vaping manufacturers are using flavours and advertising to entice and normalize vaping for youth – introducing a new generation to very high levels of a very addictive drug,” said Adrian Dix, Minister of Health. “As a result, youth vaping rates are rising, putting them at risk for addiction and serious illness. That’s why we are bringing in the most comprehensive plan in the country, and supporting young people to end this dangerous trend.”

The new regulations will restrict the amount of nicotine in vapour pods and liquid to 20mg/ml and will require plain packaging for vapour products that include health warnings. Public advertising of vapour products will also be restricted in areas where youth spend time, such as bus shelters or community parks. The sale of vapour flavours, other than tobacco flavours, will only be allowed in age-restricted shops.

The regulations will come into force in spring 2020, following stakeholder engagement.

“I encourage the federal government to bring in national regulations that address vapour product wholesalers,” Dix said. “Until they do, there will be a black market of non-compliant vapour products from other jurisdictions that can make their way into our province, our schools and the lungs of our young people.”

The regulations will be supported by a youth-led anti-vaping social media campaign to de-normalize vaping.

“When young people are the ones driving change, we know it gives their peers the energy and motivation to be part of the solution,” said Rob Fleming, Minister of Education. “That’s why we are supporting our youth with resources and information to help them take on an industry that has targeted them for glamourized addiction.”

The Province has partnered with the B.C. Lung Association to work with youth to build a vaping prevention toolkit that has been piloted in some schools. This initiative will begin expanding immediately to schools across the province, providing information for educators, parents and youth to use when having discussions and making choices about vaping.

The Province’s quit-smoking resource, QuitNow, will be updated to include new quit-vaping resources for youth.

“Created by youth for youth, these actions are crucial to ensuring that a new generation of young people does not become addicted to nicotine,” said Judy Darcy, Minister of Mental Health and Addictions. “Today’s announcement is all about prevention, which is the central focus of our 10-year roadmap for building a system of mental health and addictions care that works for everyone, especially children and youth.”

The new tax rate would go into effect on Jan. 1, 2020 and would be applied to all vaping devices, the substance or juice that is used with the vaping device and any vaping part or accessory.

“We share the urgent concerns from health professionals and parents surrounding youth vaping in our province,” said Carole James, Minister of Finance. “Our government is committed to deterring young people from turning to vapour products out of convenience and cost. We know from taxing tobacco that teenagers respond the most to price increases and we are now introducing a similar strategy for vaping.”

The legislation would also include increasing the tobacco tax rate by two cents. Effective Jan. 1, 2020, the tax applied would be 29.5 cents per cigarette and 39.5 cents per gram of loose tobacco. Nicotine gum, patches and similar smoking cessation products would continue to be exempt from the PST.

Hey teenagers, are you proud of your heritage?