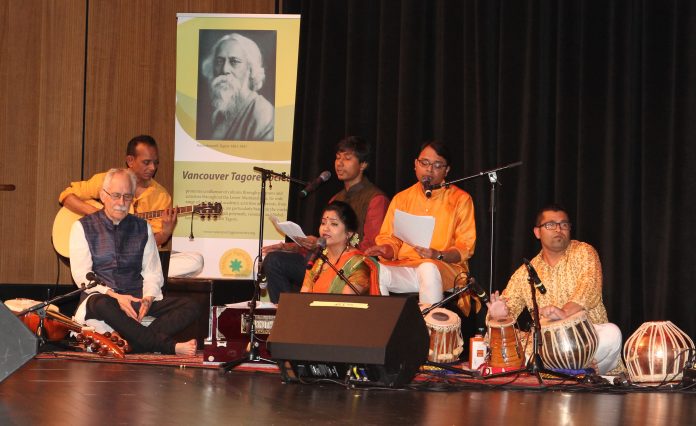 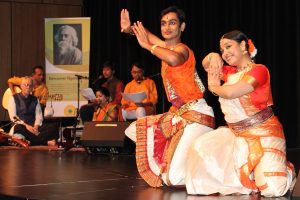 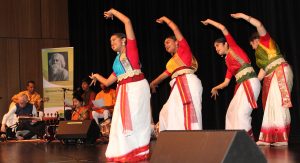 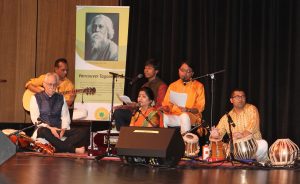 Every year Bengali communities welcome Spring through music, dance, and poetry. This long-lasting tradition got an added dimension of multiculturalism, for the third year in succession, in Tagore Spring Festival 2017, where poets, musicians and audience of different ethnicity and culture joined the celebration.

The event was held at Surrey City Hall on Saturday, May 20th. Vancouver Tagore Society, which promotes Bengali culture and the works of Nobel-laureate Rabindranath Tagore, organized the event with cultural grants from the City of Surrey.

Emerging classical vocalist Lakshmi Menon lead a session of Carnatic classical music. Singing in a melodious environment created by traditional Carnatic instruments like mridangham, ghatam, and moorsing, she enthralled the audience with her energetic presentation and liveliness.

The most attractive segment came at the end, when several dancers of different ages performed with live music and songs on different seasons in rural Bengal, written by iconic Bengali poet and composer Kazi Nazrul Islam. Canadian dancer Alex Parappilly was cheered by the audience for his vibrant, magnificent dancing. Shankhanaad Mallick, Keka Sengupta and Avik Dey, accompanied by Sabuj Majumder, Tapas Biswas and Tom Hunter in instruments, presented the songs. Arno Kamolika, an established Bharatanatyam dancer and a former instructor at Chhayanaut, choreographed the dance pieces and lead this grand finale.