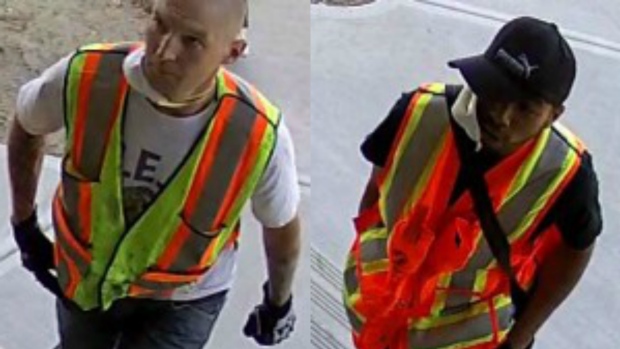 Vancouver: Two men are wanted for questioning in connection to a Vancouver home invasion.

On June 17th around 3:30 p.m., two men dressed in reflective vests forced their way into an occupied home located in the 3300 block of Dieppe Street in East Vancouver. One of the men was in possession of a gun.

Inside the home, one of the men pointed the gun at a seven-year-old child , who went to her parent’s bedroom and handed over a jar of change.

In addition to the coins, a number of undisclosed items were stolen from the home, including a unique Rolex Yachtmaster II steel and rose-gold watch.

The suspects were last seen walking away from the home, south on Dieppe Street.

The first man was white, 25 to 45 years old, with a slim build, a shaved head and full sleeve tattoos on both arms.

The second man was dark-skinned, 20 to 30 years old, with a medium build and a thin beard.

“This was a heinous robbery, which will have an impact on a seven-year-old child and her family for the rest of their lives,” says VPD spokesperson, Sergeant Randy Fincham.

Premier says B.C. legislature could look like ‘Hollywood Squares’ next...