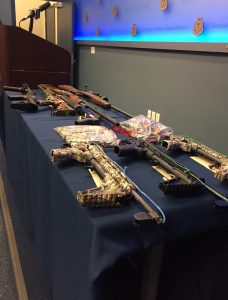 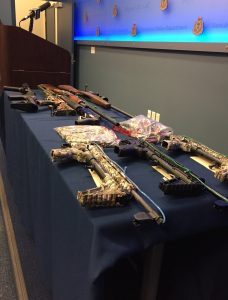 Vancouver: A five-month Vancouver Police Department (VPD) investigation has led to the seizure of eight firearms and more than two kilograms of heroin, fentanyl, and fentanyl analogues. Four Lower Mainland-based gang associates have been arrested and charged with various drug-trafficking and firearms-related offences.

Project Tariff was initiated by the VPD in March to investigate the activities of the Heer / Dhillon/ Samra crime group, which was believed to be in conflict with other crimes groups involved in drug-trafficking and criminal activity throughout Metro Vancouver.

“We launched Project Tariff in response to increased reports of incidents of shots fired in Vancouver and the ongoing crime related to gang-activity,” said Superintendent Mike Porteous, Investigative Services, VPD. “Over the course of the investigation, we obtained substantial evidence of trafficking of firearms, fentanyl, and other illicit opioids by this group.”