Vancouver: The 4th International Yoga Day was celebrated at the Vancouver Yoga Festival and Expo on June 16th at the SFU Segal Building in downtown Vancouver. The Honourable Deepak Obhrai, MP flew in from Ottawa to mark the occasion.

The festival was attended by hundreds of enthusiasts, supporters and contributors including the Honourable Jinny Sims, Minister for Citizen Services, and the Consul General of India to Vancouver, Ms. Abhilasha Joshi.

“Yoga has resonated very closely with the people of Vancouver who made it a success,” shares festival Founder and President, Aditya Tawatia. “My aim behind this festival has always been to be able to bring a piece of Indian culture and life to Canada. Seeing so many people experience a slice of satvic life has gladdened my heart.”

Among those that participated were yoga schools and yoga Masters such as Yogacharini Maitreyi and Nirmala Raniga, all with the unadulterated message of spreading peace through yoga.

“I firmly believe that the world is aligning with ideas proposed by Indian scholars and yogic practitioners from thousands of years ago, and to host an event that is built around these yogic ideals that is accepted by so many is immensely satisfying,” says Tawatia. “The idea of sustainable living, respecting the environment, using resources responsibly, eating local, and adopting a simple vegan lifestyle as the yogis in India did thousands of years ago is something that is becoming increasingly popular with people around the world. To see that this event was attended by young a majority of young people fills me with hope for a future of peace and harmony.” 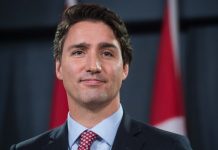 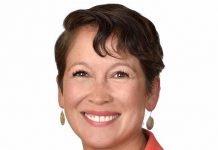 See the sign, slow down: all 35 speed cameras in place

VANCOUVER BOARD, MINISTER TO MEET OVER $24M SHORTFALL

City to launch consultation on the future Arbutus Greenway