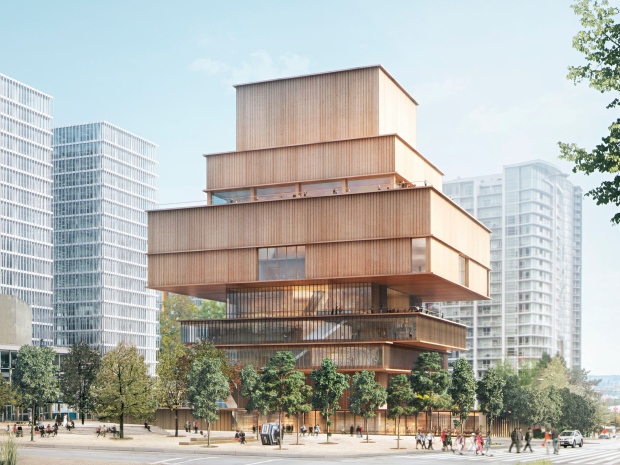 Vancouver: If the intention behind unveiling the striking conceptual design for the new Vancouver Art Gallery was to get people talking, then the mission has been an unbridled success.

Social media was abuzz, with praise, horror and everything in between, after gallery executives revealed the long-awaited design of its new, unquestionably conspicuous, 28,800-square-metre facility.

The design consists of a stack of enormous wooden boxes rising 70 metres from street level and resembling an Inukshuk, an iconic human-shaped stone figure used as a navigational landmark in Canada’s Arctic.

One of the project’s lead architects says it’s homage to the area’s natural history, but the proposed wood design is a marked departure from Vancouver’s iconic glass-and-metal aesthetic.

The province and the gallery’s board of trustees have so far contributed a collective $73 million toward the venture’s overall price tag of $350 million.

Gallery director Kathleen Bartels says she expects the new facility in the downtown core to open in 2021, despite repeated delays that have plagued the project since its kickoff more than a decade ago.