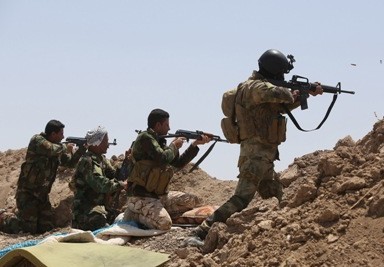 Washington, June 10 (IANS) The US will send up to 450 additional military personnel to train Iraqi forces combating IS militants, the White House said on Wednesday.

President Barack Obama has authorised the deployment of up to 450 additional troops to train, advise, and assist Iraqi security forces at Taqaddum military base in Anbar province, aiming to improve the capabilities and effectiveness of partners on the ground, Xinhua quoted a White House statement as saying.

The US troops will “not serve in a combat role,” the statement stressed.

Currently, there are 3,100 American troops deployed in Iraq. The new deployment plan will bring the number of US military personnel in Iraq to about 3,550.

These new advisors will work to build capacity of Iraqi forces, including local tribal fighters, to improve their ability to plan, lead, and conduct operations against IS in Anbar, the statement said.

The latest deployment plan would help complement the efforts of US and coalition trainers at the four previously-established training sites in Al-Asad, Besmaya, Erbil, and Taji, where over 9, 000 Iraqi troops have already been trained, with an additional 3,000 currently in training.

Obama also approved a comprehensive approach to aid the Iraqi government’s efforts to support the people and communities living in areas newly liberated from the IS.

In addition, the US would continue monitoring those foreign fighters, including Europeans and some Americans, who have joined IS in Syria and Iraq, the statement said.

“The president directed his national security team to intensify efforts with coalition partners to stem the flow of foreign fighters to and from Iraq and Syria.”