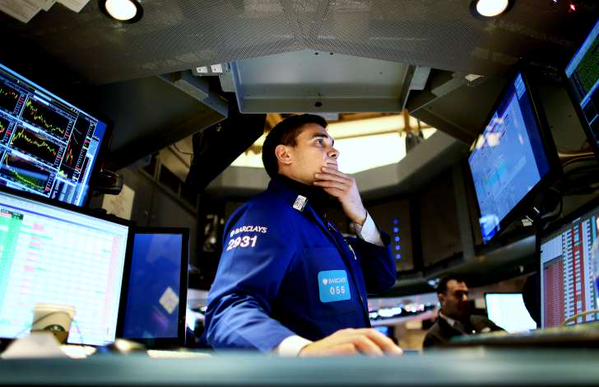 New York, Aug 20 (IANS) US stocks ended sharply lower after a volatile trading session on Wednesday, as investors digested the closely-watched minutes from the Federal Reserve’s July meeting released in the afternoon.

According to the minutes, most US Federal Reserve officials believed conditions for tightening monetary policy were approaching, but failed to give clear signals on the timing of the first interest rate hike in nearly nine years, Xinhua reported.

The minutes left mixed signals on whether or not the Fed officials decide to raise the interest rate at the next monetary policy meeting in September.

Many Fed officials, including chairwoman Janet Yellen, have said that it is appropriate to raise the benchmark interest rate this year.

Market investors widely see September or even later as the most likely time for a Fed rate increase.

Dragging by the diving oil prices, the energy sector, the biggest laggard among the S&P 500’s ten sectors, slumped 2.79 percent on Wednesday.

On the economic front, the Consumer Price Index (CPI) for all urban consumers added 0.1 percent in July on a seasonally-adjusted basis, below market consensus of 0.2 percent, reported by the US labour department on Wednesday.

Over the last 12 months, the all items index rose 0.2 percent before seasonal adjustment.

The index for all items less food and energy also rose 0.1 percent in July, which grew 1.8 percent for the 12 months ending July.

“The retracement in energy costs will likely drag headline CPI back into negative territory by the end of the quarter, and will filter through to the broader economy throughout the rest of the year,” said Jay Morelock, an economist at FTN Financial.

The benchmark Shanghai Composite Index closed 1.23 percent higher to finish at 3,794.11 points, reversing losses of more than 5 percent in the morning trading session, on speculation of fresh government support, including an expected reserve requirement ratio cut.