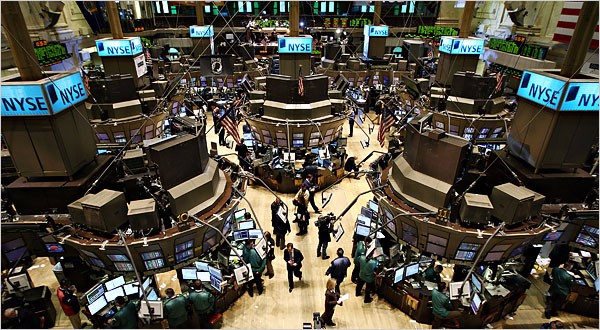 New York, Sep 15 (IANS) The US stocks traded lower in the morning session on Monday as investors remained cautious ahead of the Federal Reserve’s key policy meeting.

With no major economic data due out on Monday, Wall Street remains focused on the Fed ahead of its two-day policy meeting starting on Wednesday, in which the US central bank could raise interest rates for the first time in more than nine years.

Wall Street economists are split on whether the Fed will raise rates on Thursday, with a small majority forecasting no rate rise in the meeting, according to the Wall Street Journal.

“We expect a hike because the Fed’s forward guidance conditions have been met. In addition, speeches, interviews and testimony suggest an overwhelming majority of FOMC (Federal Open Market Committee) voters favour a hike,” chief economist at FTN Financial Chris Low said in a note.

Uncertainty about the Fed’s decision whether or not to hike rates in its two-day policy meeting has been contributing to recent volatility in the market.

On Friday, the US stocks pared early losses to end higher as investors pondered over economic reports.