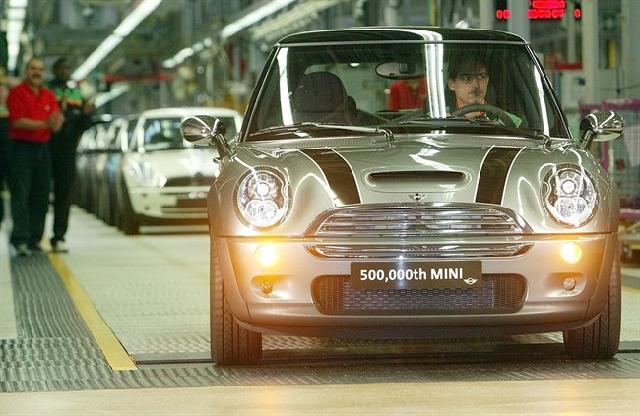 According to a consent order signed by the company, BMW must pay $10 million in cash and spend $10 million on steps to get into compliance. Another $20 million in fines must be paid if BMW doesn’t comply or commits other safety violations.

BMW agreed to take steps to make sure that the violations don’t happen again, the agency said in a statement. The company said the consent order is for two years, with NHTSA having the right to extend it for a third.

It’s the second fine against BMW in three years for similar problems. The agency fined BMW $3 million in 2012.

“The requirement to launch recalls and inform consumers in a timely fashion when a safety defect or noncompliance is discovered is fundamental to our system for protecting the travelling public. This is a must-do,” NHTSA Administrator Mark Rosekind said in the statement.

The order resolves an investigation that began in September into whether BMW notified NHTSA within the legally required five days of finding out that 2014 and 2015 Mini Cooper models failed to meet side-impact crash standards.

According to NHTSA, a Mini two-door Hardtop Cooper failed an agency crash test in October 2014, and BMW responded by saying that the car was listed with an incorrect weight rating and would pass at the proper weight. Lighter cars face less-stringent crash tests.

BMW agreed to a recall to fix the weight rating label on the cars, and to do a service campaign, which is short of a recall, to add side-impact protection.

But in July of this year, NHTSA did a second crash test at the corrected weight rating, and the Mini failed again. Then the agency found out that BMW never did the service campaign to bolster side-impact protection.

In the consent order with the agency, BMW acknowledged that it didn’t do the recall quickly enough, according to NHTSA. The company also acknowledged moving too slowly to notify owners and dealers of other recalls since it was fined in 2012, NHTSA said.

The BMW penalty caps the first year in office for Rosekind, who has made the agency more aggressive in enforcing auto safety laws since taking over last December in the midst of the General Motors ignition switch scandal.

NHTSA also fined air bag maker Takata Corp. $70 million, with the potential to grow to $200 million, for concealing evidence that air bag inflators can explode with too much force and hit people with shrapnel.

Last year General Motors was fined $35 million by the government for concealing the problem ignition switches in older small cars such as the Chevrolet Cobalt. The faulty switches, which are responsible for at least 169 deaths and scores of injuries, can slip out of the run position, shutting down the engine and disabling power steering and air bags. The automaker also agreed to pay a $900 million penalty to the Justice Department to settle criminal charges in the case.