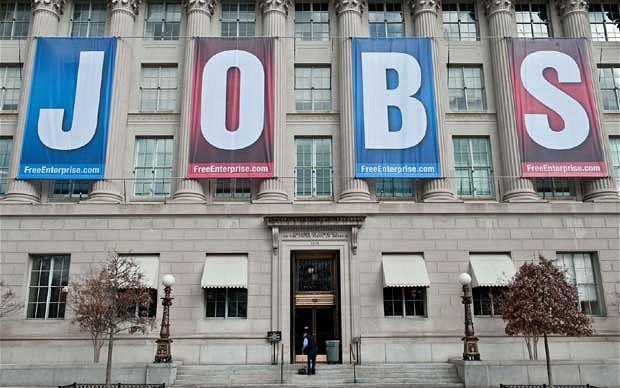 Washington, April 3 (IANS) The US economy added 126,000 jobs in March, falling short of economists’ expectation of 245,000 and the unemployment rate held steady at 5.5 percent, the latest sign the labour market might be slowing down, the Labor Department reported Friday.

This increase in employment marked the first time the monthly job growth was below the key 200,000 benchmark, which was typically associated with a strengthening job market, over the past year.

After revisions, employment gains in January and February were 69,000 less than previously reported. Over the past three months, job gains have averaged 197,000 per month, Xinhua news agency reported citing the Labor Department.

The slowing job market might reflect the weak economic growth in the first quarter, which was attributed to severe cold weather, inventory adjustments and the strengthening dollar.

“We are seeing some weakness in the incoming data on economic activity. That could be concerns about whether or not that would stall improvement in the labour market,” David Stockton, senior fellow at the Peterson Institute for International Economics, told Xinhua in a recent interview.

The worse-than-expected job report might make the Federal Reserve cautious in deciding when to start raising interest rates. The central bank has kept benchmark short-term interest rates near zero since December 2008.

Stockton predicted the central bank’s first rate hike could come as soon as June, but more likely in September. Fed officials will make better judgment by September “whether the early part of the year’s weakness in the data was just temporary or whether it signalled more serious slowdown,” he said.