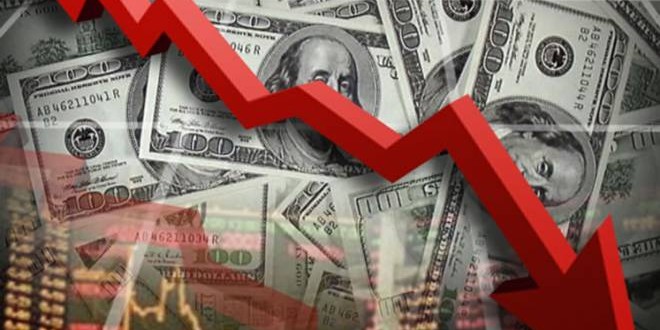 New York, Aug 20 (IANS) The US dollar dropped against most major currencies as minutes from the Federal Reserve’s latest meeting showed that an interest rate hike as soon as September is practically off the table.

According to the minutes for the central bank’s July meeting, a great number of participants “judged that the conditions for policy firming had not yet been achieved, but they noted that conditions were approaching that point”.

Analysts said the Fed is clearly backing off from September, which put the greenback under pressure in the short run.

The dollar index, which measures the greenback against six major peers, was down 0.60 percent at 96.453 in late trading, Xinhua reported.

On the economic front, the Consumer Price Index for all urban consumers increased 0.1 percent in July on a seasonally-adjusted basis, below the market consensus of 0.2 percent, reported by the US labour department on Wednesday.

Over the last 12 months, the all items index rose 0.2 percent before seasonal adjustment.