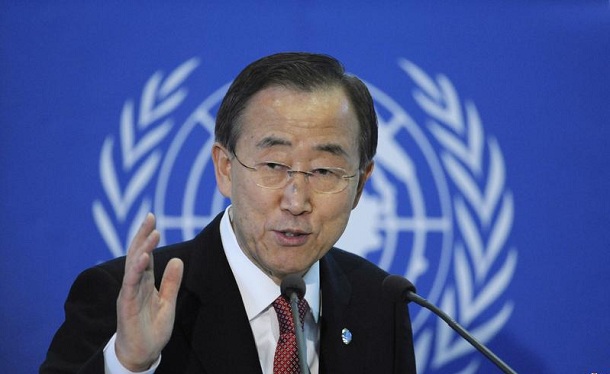 United Nations, Feb 23 (IANS) UN Secretary-General Ban Ki-moon on Monday welcomed an agreement announced earlier in the day by US Secretary of State John Kerry and Russian Foreign Minister Sergey Lavrov on the terms of a nationwide cessation of hostilities in Syria scheduled to come into effect on February 27.

“The secretary-general strongly urges the parties to abide by the terms of the agreement,” said a statement issued here by Ban’s spokesman.

Earlier on Monday, Kerry and Lavrov reached a provisional agreement on terms of a cessation of hostilities in Syria, where more than 250,000 people have been killed since March 2011, reports Xinhua.

The two foreign ministers are the co-chairs of the International Syria Support Group (ISSG) Ceasefire Taskforce formed in Munich, Germany.

“Much work now lies ahead to ensure its implementation, and the international community, the ISSG and the Syrian parties must remain steadfast in their resolve,” the statement said.

Canada urged to give asylum to Afghan Sikhs, Hindus