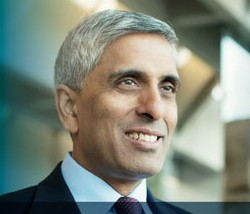 VANCOUVER: The head of the University of British Columbia’s faculty association is demanding the board of governors explain why the university’s president resigned so early into his first term.

MacLean writes in a letter to faculty that the board of governors must explain the cause for what he calls a leadership crisis.

Gupta took the helm at UBC to much fanfare last March, less than a year and a half ago.

MacLean says Gupta’s resignation represents a serious loss to the school and a failure by university governance.

Former UBC president Martha Piper will step in as interim leader until a permanent replacement is appointed next fall.