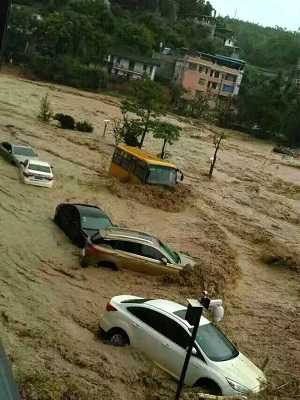 Nepartak landed in Fujian on Saturday afternoon, unleashing a downpour.

According to an official with the provincial flood control office, precipitation hit a record high in two counties, Yongtai and Minqing, Xinhua news agency reported.

The water level in 11 rivers rose above warning lines but subsided as the typhoon moved away. Half of Yongtai and a quarter of Minqing were flooded.

Huge damage has been inflicted, especially in Minqing and Yongtai, where water and power supplies were cut. Nearly 400 flights and over 300 bullet train services were cancelled.

Six cities were flooded. The typhoon also destroyed 8,300 houses, forcing the evacuation of about 506,700 people.

Economic losses from the disaster totalled more than 7 billion yuan (about $1 billion).