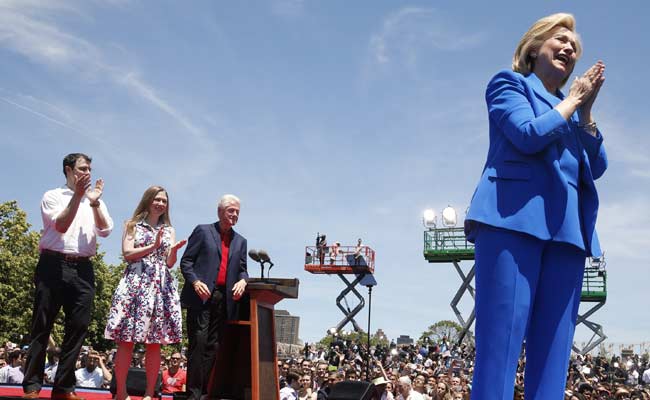 Washington: Two prominent Indian Americans have joined the club of 120 volunteers who have raised more than $100,000 for Hillary Clinton’s presidential campaign.

Maryland Democrat Mahinder Tak and New York technology investor Deven J. Parekh are the first Indian Americans to have raised $100,000 each for the campaign, americanbazaaronline.com reported.

The two are being hailed as “Hillblazers”, or “individuals who have helped raise $100,000 or more in primary election contributions” by the campaign website.

Tak is an Indian-American radiation oncologist and retired US Army colonel. She was co-chair of the Democratic National Committee’s Indo-American Council during the 2008 Obama campaign. She is also one of the largest private collectors of Indian art in the US.

Tak plans to raise around $325,000 for Clinton during the primary.

“America needs a woman now, she is the best candidate for Democrats,” Tak was quoted as saying, praising Clinton’s record in espousing the cause of children and women early on in her career.

Parekh is member of the Council on Foreign Relations and the Economic Club of New York. He had raised at least $200,000 for the re-election campaign of President Barack Obama in 2012.

A Wharton School (University of Pennsylvania) graduate in Economics, Parekh gave more than $161,000 in individual contributions to the Obama campaign and various Democratic Party organisations in 2012.

Parekh, who has backed US tech pioneers Twitter, Tumblr and Flipboard and Chinese Alibaba and JD.com at Insight, was ranked 57th in Forbes’ annual Midas List of “The World’s Smartest Tech Investors of 2015”.

In 2010, he was part of a US delegation of several investors, government representatives and technology companies that visited Russia to explore investment and technology collaboration opportunities between the US and Russia.

A la ‘Amma Canteen’, Delhi to get ‘Aam Aadmi Canteen’