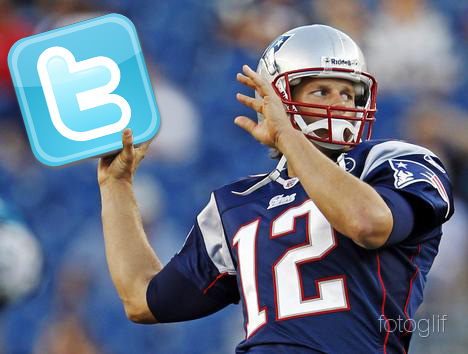 By Michael Liedtke, THE ASSOCIATED PRESS

SAN FRANCISCO: Twitter is huddling with the National Football League as it tackles the challenge of attracting a broader audience to its short messaging service.

A two-year content and advertising deal announced Monday expands upon similar partnerships that Twitter forged with the NFL in 2013 and 2014.

The NFL plans to funnel nearly three times more content into Twitter than last year, a commitment that will include more video highlights and pictures from games in progress. Twitter, in turn, will use an automated formula to prominently display NFL tweets and related ads in the streams of accountholders likely to enjoy the information.

The NFL’s Twitter blitz will begin with Thursday’s preseason games. Financial terms of the deal weren’t disclosed. Twitter and other Internet companies typically pay their partners by giving them a percentage of ad sales made from their content.

After signing single-season contracts in 2013 and 2014, the NFL gave Twitter a vote of confidence by locking into a longer term this time around. It’s the first time any of Twitter’s roughly 200 partners have signed a multi-year contract, according to Glenn Brown, Twitter’s director of content partnerships.

The NFL, by far the most-watched sports league in the U.S., also is relying solely on Twitter to sell all the advertising tied to the tweets from its accounts. In the previous two seasons, the ads were jointly sold by the NFL and Twitter.

The show of faith comes at a critical time for Twitter.

Although its brand is widely known and its service boasts more than 300 million users, Twitter has been struggling to widen its appeal. With user growth slowing dramatically, even Twitter’s own management recently acknowledged that the service has become too confusing to navigate. What’s more, the San Francisco company still hasn’t posted a profit.

Investors have sacked Twitter for its execution problems. The company’s stock finished last week at $27.04, less than half its value 10 months ago and just $1.04 above its initial public offering price in November 2013.

The NFL’s immense popularity could help Twitter find ways to get people to check into its service more frequently and lure visitors who might not necessarily sign into the service, but could still see ads.

Twitter plans to highlight NFL material even if users haven’t chosen to follow the league. The company does this by tracking people’s activity on the service to determine their interests. Ads featuring NFL content will be targeted using similar analytical tools.

“We know if we put content in front of the hundreds of millions of Twitter users, they will engage with the content,” predicted Vishal Shah, the NFL’s vice-president of media strategy and business development.