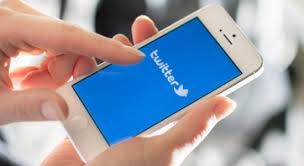 Washington, Oct 1 (IANS) This may annoy some souls but according to an Indian-origin researcher and his team, tweets sent from smartphones are more likely to be egocentric and self-praising in nature than those sent from computers or laptops.

Dhiraj Murthy from the University of London and associates found that mobile tweets are not only more egocentric in language than any other group, but that the ratio of egocentric to non-egocentric tweets is consistently greater for mobile tweets than from non-mobile sources.

“As we increasingly use social media from mobile devices, the context in which one uses social media is a critical object of study,” Murthy said.

“We found that not all tweets are the same and the source of tweets does influence tweeting patterns, like how we are more likely to tweet with negative language from mobile devices than from web-based ones,” he noted.

Along with Sawyer Bowman from Bowdoin College, Alexander J. Gross and Marisa McGarry from the University of Maine, Murthy conducted an analysis of tweets to see if presentations of self are more likely to be more egocentric, negative or positive, gendered or communal based on whether users were on a mobile device or using a web based platform.

Over the course of six weeks, the researchers collected 235 million tweets.

Nearly 90 percent of the top sources to access Twitter were coded to denote mobile, non-mobile and mixed sources.

Drawing from social psychological methods, they studied language use in tweets by analysing the frequency and ratios of words traditionally associated with social and behavioral characteristics.

Regardless of platform, tweets tended to employ words traditionally associated as masculine.

‘We found that tweets from mobile devices are more likely to employ egocentric language as opposed to non-mobile device Tweets,” the authors pointed out.
Previous studies have linked activities performed face-to-face to tweets from a particular source.

This is one of the first studies to take a look at how mobile versus non-mobile plays a part in the language used on social media.

The paper appeared in the Journal of Communication.