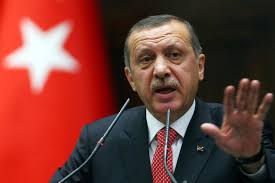 I will take Turkey to election on November 1,” he said.

“As a president, I know limits of my authority and I have to use it to the end,” Xinhua news agency quoted the president as saying.

Erdogan also indicated that the Supreme Election Committee has completed all preparations for the early election.

Prime Minister Ahmet Davutoglu, also the leader of the Justice and Development Party (AKP), formally abandoned efforts to find a junior coalition partner for his party on August 18.

After the AKP lost parliamentary majority on June 7, Davutoglu was given the mandate to form a new government by Erdogan on July 9.

Police seek Irish tourists who may have key details about deadly...