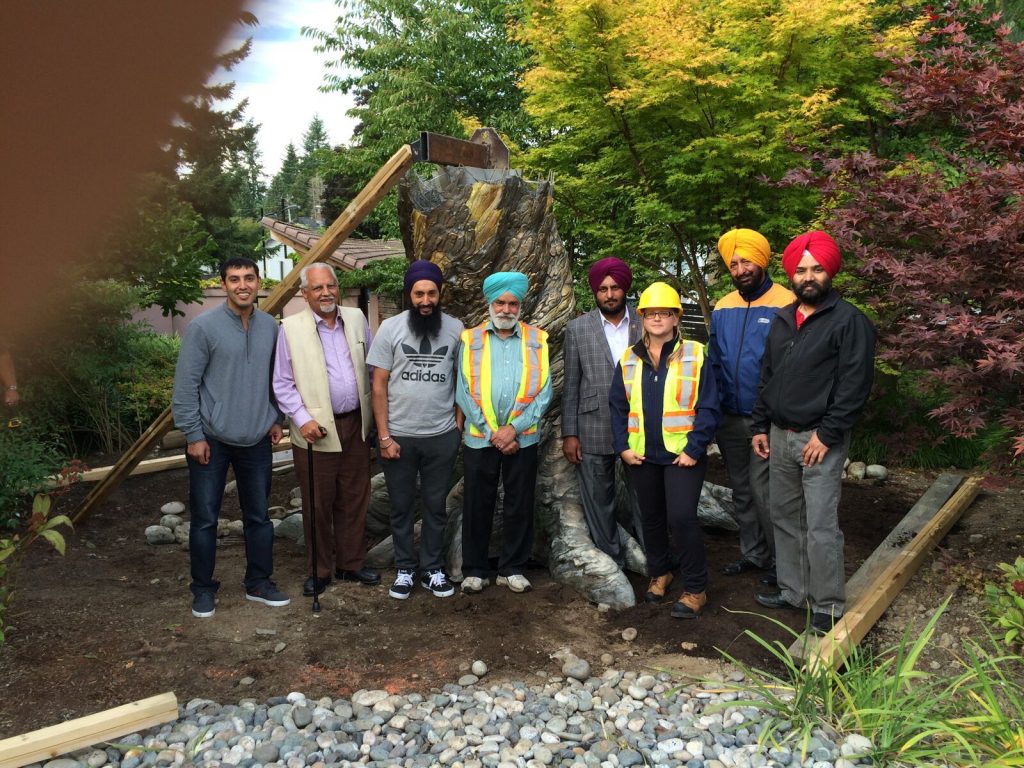 Abbotsford: Mr. Charan Gill, CEO of PICS and Gurpreet Pabla (PICS Legal Advocacy Department) were on site as the trunk of the mighty Golden Tree Monument was installed in Abbotsford’s friendship garden this week.

The Golden Tree monument is built to pay tribute to three women farmworkers who lost their lives as a consequence of unsafe working conditions in 2007. 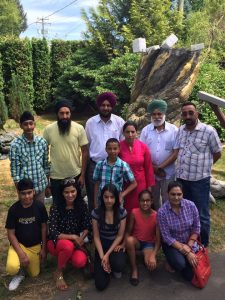 ur Sidhu, Amarjit Kaur Bal and Sukhvinder Kaur Punia were killed when the overcrowded van they were travelling in crashed on Highway 1.

The branches of the beautiful tree will show the figures of the three women and will serve as a powerful reminder of the sacrifices farmworkers make on a daily basis to put food on our tables.

PICS has played a key role in helping build this memorial. Not only is PICS a brass sponsor of the memorial, Mr. Gill played an active role along with other labour organizations, service providers and businesses in ensuring that this memorial is built.

With the trunk installed this week and the leaves and branches almost ready, the beautiful tree monument will be unveiled to the public on Saturday, October 3, 2015.

“As someone who has always been passionate about the rights of farmworkers, I am pleased that with the help of BC Federation of Labour and other organizations, we have finally managed to build this beautiful memorial which will remind us of the tremendous sacrifices farmworkers make on a daily basis,” said Mr. Gill.