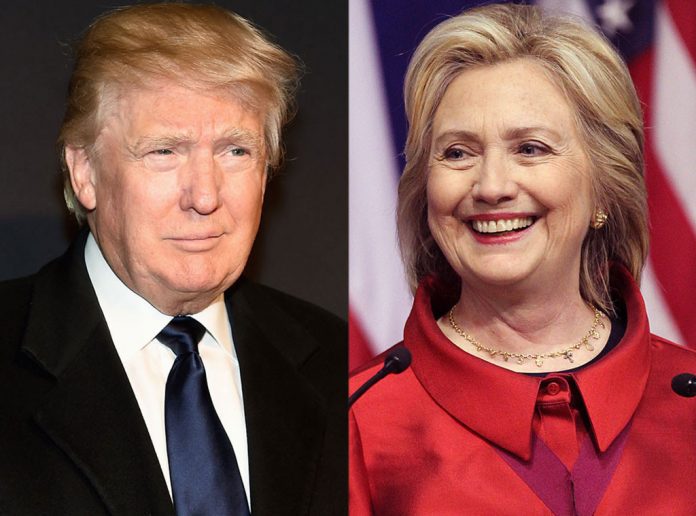 Washington, Feb 29 (IANS) Donald Trump and Hillary Clinton have forged far ahead of their rivals nationally in the Republican and Democratic parties in the US presidential race before Super Tuesday’s nomination contests in a dozen states.

Trump’s supporters are incredibly enthusiastic about the coming election, and largely committed in their support for him.

Trump is widely viewed as the candidate in the field who would be most effective at solving the country’s problems. The billionaire is also seen as the one who best understands the problems facing people.

On the Democratic side, Clinton tops Sanders 55 percent to 38 percent in the new poll, a slightly wider margin than she held in late January before any primaries or caucuses were held.

There are sharper demographic splits among the Democratic electorate than on the Republican side.

Men, younger voters, independents and liberals are all about evenly split between Clinton and Sanders, while Clinton’s lead rests on large advantages among women, older voters, Democrats and moderates.

Democrats are more apt than Republicans to say they would support either of the remaining top candidates should they become the nominee. Just 15 percent each say they wouldn’t back Clinton or Sanders, the poll found.

Clinton tops Sanders handily as the candidate who would be more effective at solving the country’s problems and can better handle the responsibilities of being commander-in-chief, but Sanders fares better than Clinton on honesty.

Meanwhile, with Trump leading in all the states going to the polls Tuesday except Texas, the New York Times said Trump has an opportunity to amass more delegates and put much more distance between him and Rubio and Cruz.

As for the Democrats, Sanders is looking to rebound after a deeply lopsided loss to Hillary Clinton in the South Carolina primary, where more than half the voters were African-American, it said.

Russia launches hotline to prevent people from joining IS

Detector Dog Caper retires from the Pacific Highway District after 10...