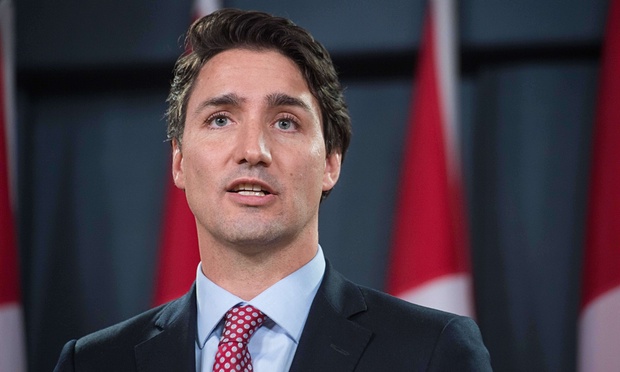 QUEBEC: Prime Minister Justin Trudeau has told the funeral service for three victims of last week’s mosque shooting they will never be forgotten.

Trudeau says Mamadou Tanou Barry, 42, Ibrahima Barry, 39, and Azzeddine Soufiane, 57, were extraordinary men who loved their families, their communities and their faith.

The prime minister was speaking to several thousand mourners this afternoon at the Quebec City convention centre.

The Barry men were from Guinea, while Soufiane came from Morocco.

The service comes a day after a similar service in Montreal for Abdelkrim Hassane, 41, Khaled Belkacemi, 60, and Aboubaker Thabti, 44, the three other people shot to death in the carnage.

The ceremony was preceded by a prayer session.

The six victims were killed when a gunman stormed the mosque and opened fire on men who were attending prayer. Authorities have refused to specify what type of firearm was used in the mass shooting.

On his way into Friday’s service, Trudeau told reporters it is important to remember the lives “taken from us so brutally in the terrorist attack last Sunday.”

“Over the past week we have been reminded multiple times of the warmth, of the strength, of the unity of Canadians,” he said. “And we’ve seen the silent majority of people who are good and welcoming and open to one another is choosing to be less and less silent.”

Alexandre Bissonnette, 27, was arrested Sunday night following the massacre in which 19 people were also wounded.

Bissonnette has been charged with six counts of first-degree murder and five of attempted murder using a restricted firearm.

Arsonist who set washrooms in businesses on fire arrested