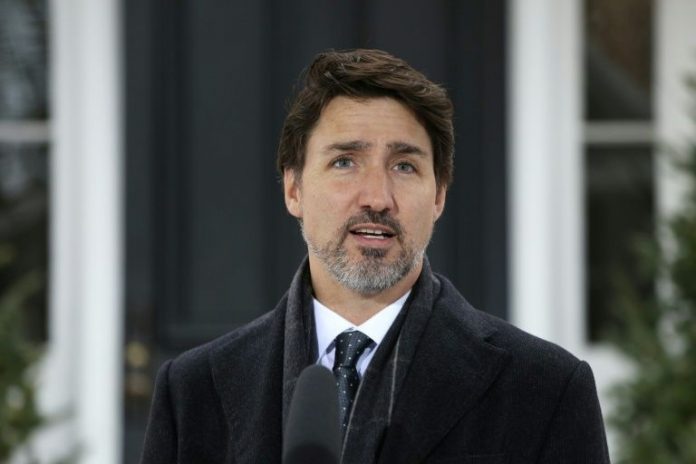 Ottawa: Organizations that help Indigenous people living in urban areas and away from reserves and have been struggling to meet a surge in demand for their services during COVID-19 will soon be getting more federal aid.
Prime Minister Justin Trudeau announced the federal government is giving $75 million to these organizations, which include friendship centres and Indigenous women’s organizations.
This news comes after growing calls from these groups for more help from Ottawa as they struggle to provide meals, clothing, shelter and mental health support to some of Canada’s most vulnerable populations all while also dealing with fewer volunteers and the need for more protective measures due to the pandemic.
Trudeau acknowledged this need as he announced the additional funding on
Thursday.
“Indigenous community organizations in our cities and off-reserve do crucial work year-round, but these days their services are in high demand because of the pandemic. We need to make sure they have the resources to adapt and grow their services so they can fulfil their important mission,’’ he said.
Trudeau noted that over one million Indigenous people live in urban settings and off-reserve, which is more than half the total population of First Nation, Metis and Inuit in Canada.
“If you live off-reserve or in a city, we’re working to make sure you don’t fall through the cracks. You need and deserve services that are culturally appropriate and that’s what we’re doing with today’s investment,’’ Trudeau said.
In mid-March, the government created the $305-million Indigenous Community Support Fund, most of which went to organizations representing First Nations, Inuit and Metis communities to help them prepare for and cope with the pandemic.
Only $15 million of that fund was allotted for off-reserve organizations.
Earlier this month, Indigenous Services Minister Marc Miller acknowledged that was not enough. He says his department received “dozens and dozens’’ more applications than the 94 proposals it
approved.
The Congress of Aboriginal Peoples (CAP), which represents some 90,000 off-reserve and non-status Indigenous Peoples, has gone to court over what it says is the “inadequate and discriminatory’’ funding it has received compared to other Indigenous groups. CAP is seeking $16 million, but has received just $250,000.
National Chief Robert Bertrand reacted positively to the news but said the court action will continue until it is determined how the money will be allocated.
“This new funding is an improvement over the previously announced funding that I think we can all agree was quite inadequate,’’ he said.
The National Association of Friendship Centres told a Commons committee last week it has been delivering food, dealing with increased domestic violence, caring for elders and helping off-reserve Indigenous people find safe shelter and transportation and apply for emergency aid benefits, despite little financial help from Ottawa.
The association’s president, Christopher Sheppard-Buote, said those not living on a First Nation reserve or in an Inuit or Metis community have been left feeling “unseen’’ by the federal COVID-19 response.
Miller said on Thursday that these organizations, who have long been on the front lines in providing essential services to marginalized Indigenous populations, have been underfunded by every level of government for a long time.
“It’s not something to be particularly proud of, obviously, but we note it,’’ he said.
Indigenous Services Canada knew that more money would be needed to help those living in urban areas, Miller said, but some internal “advocacy’’ work within government was necessary to secure more funds for these populations.
The department will work with organizations that submitted proposals for the initial fund in determining how to allocate the $75 million in new funding. Organizations that received money previously could be eligible for more, Miller
added.
“These funds are indeed the largest allocation of funds to those service providers to my knowledge in recent memory,’’ he said.
“It is something that is still needed and will serve to protect those most vulnerable. Whether we could have done better is something that we will have to re-examine at a later date.’’

By Teresa Wright
The Canadian Press

‘Wake Up, Surrey’ rally calls for an end to drug and...