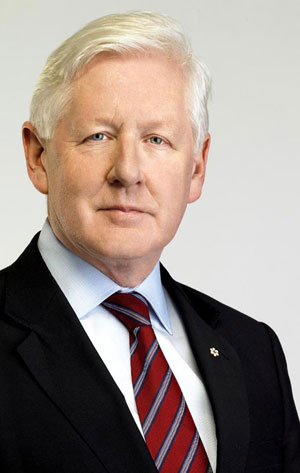 He will be advising Prime Minister Justin Trudeau on the ongoing humanitarian crisis in the southeast Asian country.

Rae’s appointment was announced this morning by the prime minister.

In addition to Rae’s appointment, the federal Liberals announced Canada will provide an additional $12 million in humanitarian assistance, bringing the total of Canada’s financial commitment to $25 million so far.

“Canada is deeply concerned about the urgent humanitarian and security crisis in Myanmar’s Rakhine state, particularly the brutal persecution of the Rohingya Muslim people,” Trudeau said in a statement.

“I am confident that Bob Rae’s vast experience as a lawyer, adviser, negotiator, arbitrator and public servant will help Canada work more effectively with Myanmar and other international partners to chart a path towards lasting peace and reconciliation.”

The Geneva meeting, hosted by the European Union, the government of Kuwait and the United Nations’ migration, refugee and humanitarian aid coordinating agencies, aims to help meet a UN call for $434 million in funding through February.

Out with the old (medications), in with the New Year!