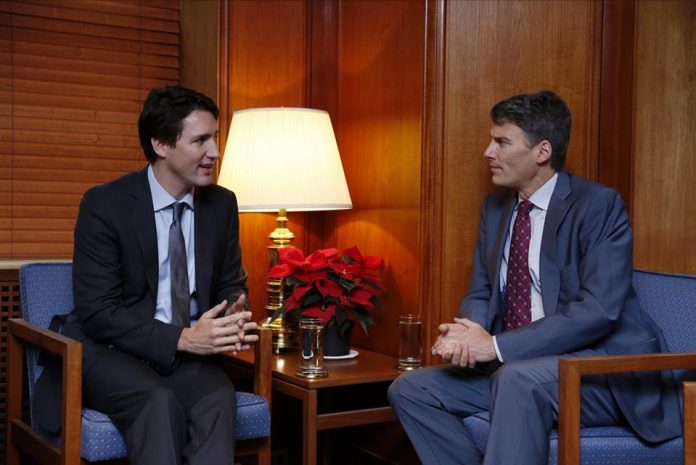 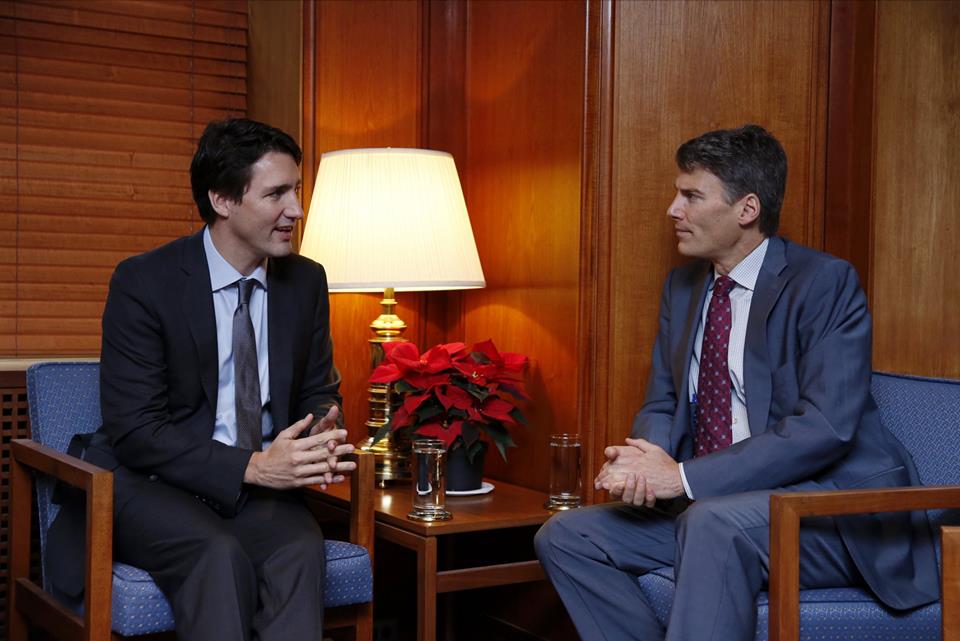 Gregor Robertson welcomed Trudeau to Vancouver for the first time since he was elected prime minister, and his comments signalled a new partnership between cities and Ottawa.

Robertson and Trudeau held a news conference Thursday after the two discussed issues like infrastructure, affordable housing and climate change.

“Vancouver and the big cities right across Canada are really looking forward to working with you to strengthen our communities and to build a better country now and into the future,” Robertson said.

“It’s so refreshing to have a partner in Ottawa that treats cities with respect and recognizes that we are so vital to the country’s success.”

Robertson thanked Trudeau for following through with an election promise to reopen the Kitsilano coast guard station after it was shuttered by the Conservatives in 2013.

That’s when his father Pierre Trudeau transferred the final 91 hectares of an area later called Jericho Park, which was a federal airfield during the Second World War.

Robertson handed Trudeau a photo of the senior Trudeau’s visit to the city 42 years ago.

The prime minister said he walked through Jericho Park during the election campaign but had no idea about his father’s connection to it.

Trudeau once lived in Vancouver, teaching French and math among other courses at an elite private school in the late 1990s and said he was happy to be back in his second home.

“Vancouver, like cities across the country, will now have a partner in the federal government on issues of housing, on issues of public transit specifically,” he said.

He said the government has dedicated $20 billion in transit funding over the next 10 years.

Part of the funding for the $1.9-billion Broadway rapid transit line planned for Vancouver is expected to come from the federal government.

Over 50 dead in Afghan road accident