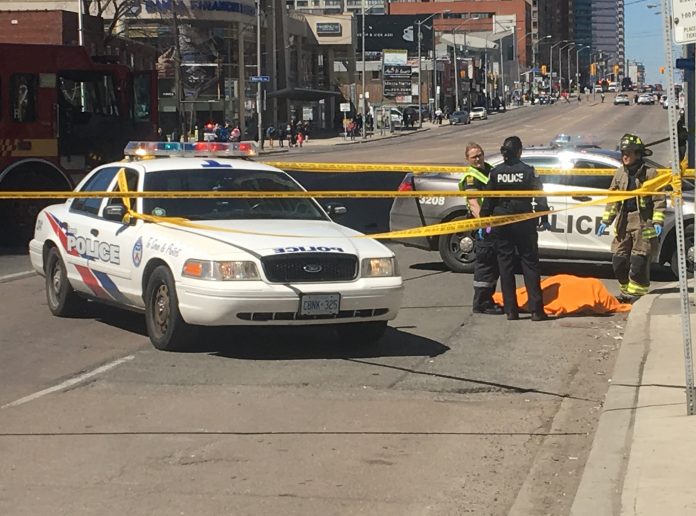 Ottawa: Prime Minister Justin Trudeau and his public safety minister delivered messages of sorrow and solidarity Tuesday in the aftermath of a deadly rental-van rampage in Toronto that killed 10 pedestrians and injured 15 others.

But both Trudeau and Ralph Goodale were careful to note that the attack appears to have no link to terrorism, and to steer clear of any rhetoric that might risk fanning the flames of speculation and innuendo.

“The events that took place … in Toronto were a senseless attack and a horrific tragedy,” Trudeau said, extending the government’s condolences to the victims and their families, and praising the first responders on the scene.

“They handled this extremely difficult situation with professionalism and bravery. They faced danger without a moment of hesitation, and there is no doubt that their courage saved lives and prevented further injuries.”

The investigation into the incident is still ongoing, but Goodale, speaking at a news conference in Toronto, where he happens to be for a meeting of his G7 counterparts, said there is nothing to suggest Canada’s national security is under threat.

“The investigation that is underway is still in its very early hours, but thus far there is no discernible connection to national security in the incident last evening, based on all available information at the present time,” he said.

“Police are obviously going to be very busy today and the days ahead to examine all the circumstances and the background to this situation, to determine exactly what happened and why. And they will have full support from the government of Canada.”

Goodale thanked other countries, especially the United States, for their condolences and offers of help. He, too, commended the first responders.

The attack took place early Monday afternoon when a man allegedly drove a van down a busy stretch of sidewalk on Yonge Street in the city’s north end.

Alek Minassian, 25, of Richmond Hill, Ont., was apprehended by police without incident not long after the attack, following a dramatic standoff in which he repeatedly mimicked the motion of drawing and pulling a weapon on officers, their own guns drawn.

Minassian appeared in a packed Toronto courtroom this morning clad in a white jumpsuit, saying only his name during the brief hearing. He is charged with 10 counts of first-degree murder and 13 counts of attempted murder.