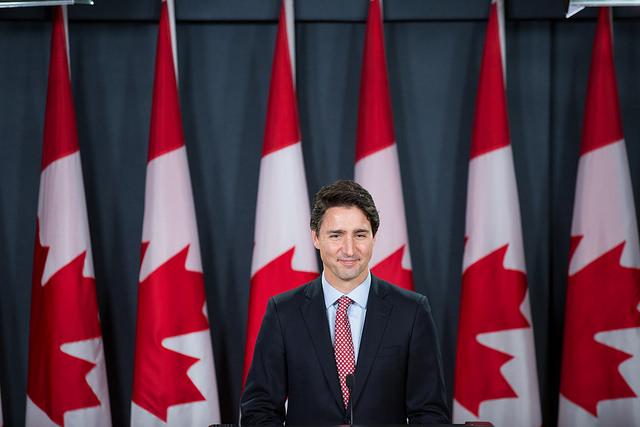 By Joan Bryden, THE CANADIAN PRESS

OTTAWA: Justin Trudeau and his cabinet will get down to work immediately following Wednesday’s swearing-in ceremony.

The newly minted Liberal prime minister and his ministers are scheduled to hold their first meeting in the afternoon.

And they’re widely expected to take immediate action on at least one Liberal campaign promise, signalling the start of a new era that will be starkly different than the decade of Conservative rule under Stephen Harper.

On that score, they’re likely to take action right away to reinstate the long-form census.

During the campaign, Trudeau promised to reinstate the mandatory long-form census as part of a broader commitment to return to “evidence-based” decision making by his government.

Trudeau’s new ministers will also emerge from their first meeting to face questions from the media _ another departure from the Harper era.

Under Harper, reporters were banned from waiting in the hallway outside the cabinet room, where ministers had scrummed for decades; indeed, the media wasn’t even notified when cabinet meetings were taking place.

Virtually everything about Wednesday’s ceremony is designed to scream change. Trudeau and his ministers will arrive at Rideau Hall by bus, walking together up the long, tree-lined driveway to the Governor General’s mansion as a “team.” For the first time, a general invitation has been issued to the public to gather for the event and giant TV screens are being set up on the grounds of Rideau Hall so that everyone can watch the swearing-in proceedings.

In an email blast to supporters on the eve of officially taking power, Trudeau also suggested he’ll recall Parliament soon _ likely early next month, after attending a whirlwind series of international leaders’ summits _ to deliver quickly on the central plank of the Liberal election platform.

“We’ll also be getting straight to work at home: The first bill introduced by our government will be a tax cut for the middle class so we can get started right away growing our economy, strengthening our middle class and helping those working hard to join it,” he said.

The composition of Trudeau’s cabinet has been a closely guarded secret but it’s evident that it too is aimed at reflecting not just a new government but a new generation at the helm of the Liberal party.

Informed speculation, along with the few details that have dribbled out, suggests who’s out will be almost as interesting as who’s in.

Not all of the star candidates Trudeau went to great pains to recruit have made the cut, the victims of geography and the leader’s promise to construct a cabinet that is smaller than Harper’s 39-member ministry and made up equally of women and men.

Adam Vaughan, the popular former Toronto city councillor who soundly defeated the NDP’s Olivia Chow, won’t be in cabinet and some Liberals say former Toronto police chief Bill Blair won’t be there either. That’s because Trudeau has a surfeit of potential cabinet material from downtown Toronto, including former journalist Chrystia Freeland and millionaire businessman Bill Morneau, both of whom were members of Trudeau’s economic policy advisory group and who are expected to get senior positions.

With Trudeau determined to demonstrate generational change in his party, some veteran MPs with previous federal or provincial cabinet experience won’t be returning to cabinet. Those who won’t make the cut are expected to include John McCallum, Joyce Murray, Judy Sgro, Wayne Easter and Carolyn Bennett.

From the suburban ring around Toronto, potential picks include family doctor Jane Philpott and Navdeep Bains, a former MP who is making a comeback after being defeated in 2011.

In Quebec, economist Jean-Yves Duclos is almost certainly headed for cabinet, as is lawyer and Montreal mayoral runner-up Melanie Joly. Other possible ministerial picks include Diane Lebouthillier, a municipal politician from the Gaspesie-Les Iles-de-la-Madeleine riding, Anju Dhillon, the first Sikh to practice law in Quebec, and Alexandra Mendes, who is returning as a Montreal MP after being defeated in 2011.

Having delivered every one of their 32 seats to the Liberals, the four Atlantic provinces are due for some heavy hitters in cabinet, the heaviest of whom is likely to be New Brunswick’s LeBlanc, a lifelong friend of Trudeau’s. Possible newcomers from the region include Halifax urban planner Andy Fillmore and Ginette Petitpas-Taylor, former chair of New Brunswick’s status of women advisory council.