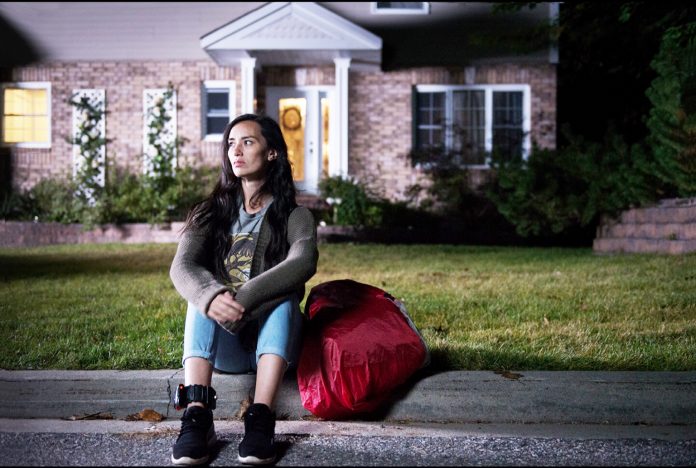 Discrimination and racism seems to be on the rise. Whether it’s renewed Anti-Semitism in Europe or the continual Black/ White divide in the U.S. times are troubled. Not immune from this scourge is Canada. While the Liberals and Justin Trudeau try to skirt around the reason for firing the first Aboriginal and female Attorney General and literally throwing her under the bus along comes Trouble in The Garden. Brave and very timely this small story with a big heart from Red Eye Media will win open-minded people over at the Landmark Cinemas in New Westminster as well as in Kamloops. Kelowna, Cranbrook, Penticton and Nanaimo.

It’s all about the money. When an aggrieved woman with one hell of a history takes on the cause of a First Nations band it creates a whole host of problems for a white family trying to come to terms with its own questionable past. Big issues confronting real people in Canada today are deftly handled in this story thanks to meticulous performances and a well researched plot.

At the heart of this movie is the age-old conflict between sacred hereditary territory and new development pitting the white man against First Nations. Set somewhere I think in rural Ontario Here the focus is on the plight of a family with one member on a crusade to preserve her culture while a hot to trot realtor seems rather oblivious to those cultural and historic concerns.

Full of pain and heartache Trouble  in The Garden is an emotional tour de force and ably looks at the struggle competing cultures face in a complicated world. This is an eye-opener for sure.