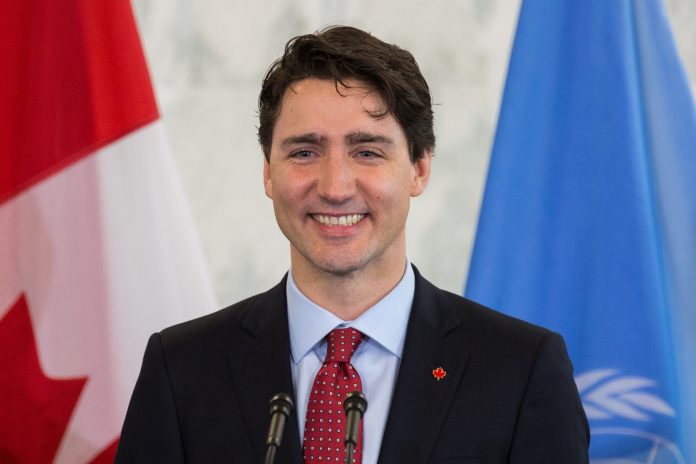 “This is a new decision. The company plans to have shovels in the ground this construction season.”

The decision to reapprove the project comes nine months after the Federal Court of Appeal ripped up the original federal approval, citing incomplete Indigenous consultations and a faulty environmental review. Trudeau says the court said the government needed to better.

“And you know what?” Trudeau said. “They were right.”

The Liberals ordered the National Energy Board to look at marine shipping impacts; Natural Resources Minister Amarjeet Sohi started another round of consultations with Indigenous communities affected by the project.

Tuesday’s decision also comes the day after the Liberals passed a motion in the House of Commons declaring climate change a national emergency that would require more cuts to emissions than have already been promised.

In 2016, the National Energy Board said the production of another 590,000 barrels of oil, which would maximize the twinned pipeline’s capacity, could generate 14-17 million more tonnes of greenhouse gases each year, which means Canada would have to find ways to cut more from other sectors to meet and then exceed its current targets.

Trudeau says he is sympathetic to concerns about the environment and the need to transition to cleaner sources of energy, but says that in order to fund that transition, Canada needs to take advantage of its natural resources while they are still needed.

“The policies of the last century will not serve Canadians in this one,” he said.

The government will require that every dollar in federal revenue coming from the project be reinvested in clean energy and green technology. That includes an estimated $500 million a year in new annual corporate tax revenues once the pipeline is in service, as well as any revenues from the promised sale of the entire expanded pipeline back to the private sector.

“To those who want sustainable energy and a cleaner environment, know that I want that too,” said Trudeau. “But in order to bridge the gap between where we are and where we’re going, we need money to pay for it.”

Trudeau says construction will restart this construction season, but there is no specific date yet. Trans Mountain Canada will have to apply a second time for all the necessary federal, provincial and municipal permits before breaking ground.

The federal cabinet is also requiring another consultation with Indigenous communities affected by the project to determine how they can potentially become economic partners in the project.

The government has accepted the 156 conditions the National Energy Board put on the project approval, but is amending six of them to include requiring Indigenous communities to be involved in developing marine emergency response plans, mitigating potential impacts on sacred sites, and Indigenous involvement in post-construction environmental impact reporting.

There are also eight new accommodations required to take into account Indigenous concerns, including working with some communities to potentially move the route.