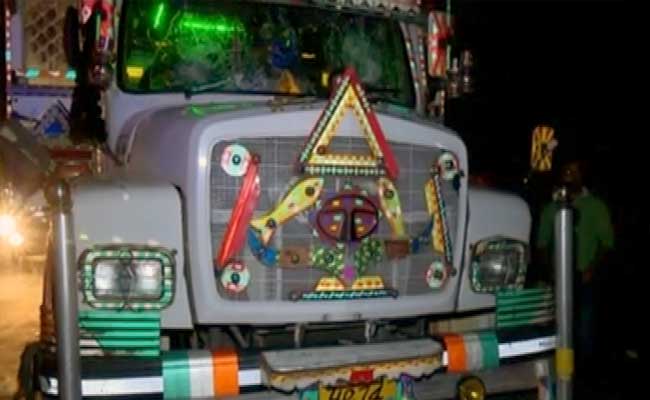 New Delhi, June 4 (IANS) In a bizarre incident, a Delhi traffic police constable was kidnapped by a truck driver when he asked the latter to show him the documents of his vehicle, police said on Thursday

Constable Dinesh, abducted on Wednesday night, was rescued after a 15-minute chase by 10 Police Control Room (PCR) vehicles. Three rounds were also fired during the chase.

“A PCR patrolling vehicle number-79 was stationed at Ridge Road-Shankar Road roundabout for joint checking with traffic police. At about 11.17 p.m., a truck carrying sand was signalled to stop by the traffic staff for checking,” Deputy Commissioner of Police (PCR), R.K. Singh said.

Singh said that Dinesh asked the driver to produce the documents of the vehicle.

“A message was flashed to the control room by the PCR van stationed there. Head constable Krishan Kumar spotted the truck on Panchkuian Road and signalled it to stop but the truck driver continued driving.

“Finding no other way out, Krishan fired three rounds at the tyre of the truck. Finally, the truck stopped at Link Road Chambery on Panchkuian road and the traffic constable was rescued,” the official said.

The truck driver Mohd. Tareef, a resident of Gurgaon in Haryana, has been arrested.