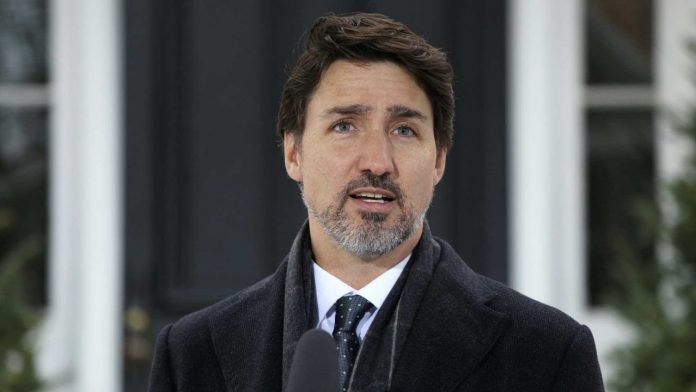 Ottawa: Conservative MPs say they want all the facts to come out about Prime Minister Justin Trudeau’s handling of the WE Charity student grant contract before making a decision about when to trigger a federal election.
Michael Barrett, the Conservative ethics critic, accused Trudeau of proroguing Parliament this week to hide his involvement in the decision to award a multi-million dollar contract to WE, an organization with which he has close family ties.
Trudeau said that he had asked to have Parliament prorogued until Sept. 23 so the Liberal government can return that day with a speech from the throne that will outline its plans for the COVID-19 pandemic
recovery.
The move also, however, ended the current work of several House of Commons committees investigating how the Liberal government decided to have the WE organization administer the Canada Student Service Grant.
“If this was about introducing a speech from the throne, the reset he was looking for, he could have prorogued on Sept. 22 and delivered that speech on the 23rd,’’ Barrett said Wednesday in Ottawa.
“This is about one thing and one thing only. It’s about hiding from the truth, avoiding accountability. And it’s his architecture of a coverup.’’
The speech from the throne will involve a confidence test in the minority Liberal government, and if opposition parties all vote against it the government would fall, likely triggering an election. The prospect of a federal campaign in the midst of a pandemic is giving MPs pause about what to do with that vote and the Conservatives are not committing to bringing the government down next month.
Barrett said his party’s new leader will be named this weekend, and that whomever it is will lead the party’s decision-making on the throne speech.
“Unlike the Liberals, we are not solely focused on the scandals that have the curtains burning in the Prime Minister’s Office,’’ he said. “There are a number of issues affecting Canadians. We’re in a global pandemic. We’re in recessionary times.’’
Conservative finance critic Pierre Poilievre said he thinks Trudeau would love to have an election before opposition MPs can force the government to cough up all the details about what happened with the WE contract.
The contract in question would have paid the WE organization $43.5 million to administer the student service grant, which was intended provide funds to students who volunteered this summer. The agreement stipulated that the organization could not make money on the deal.
Both Trudeau and Bill Morneau, who resigned as finance minister earlier this week, are being investigated by the federal ethics watchdog over whether they violated the Conflict of Interest Act over the WE Charity deal.
Morneau’s daughter works for the organization and Trudeau and his family have participated in multiple WE events. Trudeau was not paid for his appearances or speeches but his mother and brother were. His wife, Sophie Gregoire Trudeau, was paid for one appearance before Trudeau was prime minister.
Both Trudeau and Morneau have apologized for not recusing themselves from the decision to award the contract to WE.
Trudeau has maintained that it was the federal public service that recommended WE administer the program.
But the Conservatives say thousands of pages of documents released by the government Tuesday show civil servants were pressured to do so by their “political masters’’ and were aware of the relationships between Trudeau, Morneau and WE.
Morneau resigned as finance minister Monday, saying he didn’t plan to run in the next election and Trudeau needed a finance minister who could lead the party through the whole pandemic recovery.
By Mia Rabson
The Canadian Press