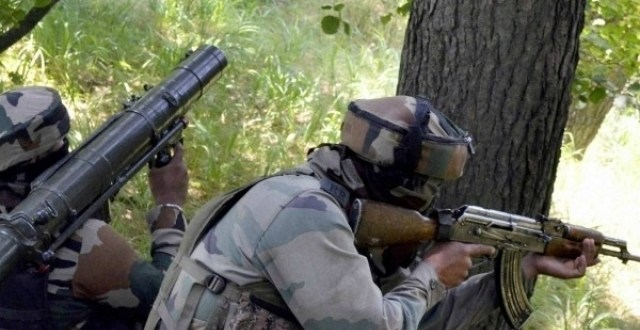 Srinagar: A top Hizbul commander, Sameer Tiger, and his associate Aquib were killed on Monday in a gunfight with security forces while a civilian also lost his life during clashes in Jammu and Kashmir’s Pulwama district.

Police sources said Sameer Tiger, who was on the list of most wanted militant commanders in south Kashmir, was killed in Drabgam village.

Three soldiers including a Major were injured in the gunfight. Police said that although firing had stopped, security operations in the area were still going on.

A teenager, Shahid, 14, was killed during clashes between protesters and the security forces in Drabgam village. Fifteen other civilians were injured in the clashes.

The Rashtriya Rifles, the Central Reserve Police Force (CRPF) and the Special Operations Group (SOG) of Jammu and Kashmir Police surrounded Drabgam village on Friday morning following information about the presence of militants.

Police said that as the security forces closed on the hidden militants, they opened fire, triggering an encounter.

Mobile Internet facility has been suspended in south Kashmir as a precaution.