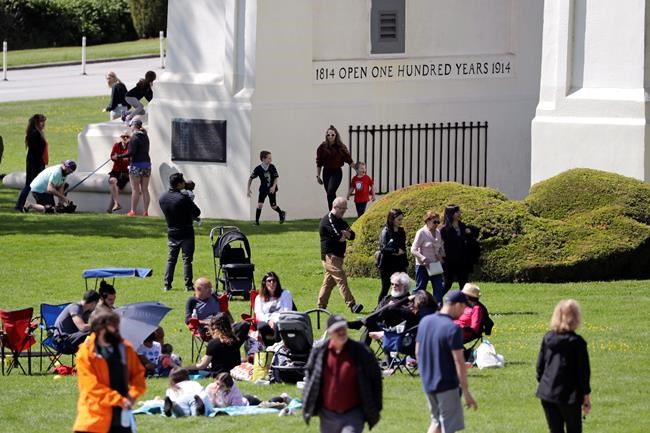 Vancouver: A British Columbia park that straddles the 49th parallel with Washington state will be closed because it’s overwhelmed with visitors using it as a cross-border meeting point.
The government says Peace Arch Provincial Park was scheduled to be shut Thursday evening to address public safety and traffic concerns after the volume of visitors reached nearly twice the number counted on a peak summer day.
“The significant increase in visitors at Peace Arch Park has become unmanageable and raising public safety and traffic concerns for surrounding communities,’’ Environment Minister George Heyman said in a statement.
BC Parks said it has consulted with the RCMP, border officials and local communities.
Several measures were tried to manage the numbers of visitors, such as increasing enforcement patrols, installing a permanent gate and reducing hours, but those didn’t work in controlling the numbers of people using the park from both sides of the border, it added in a statement.
Heyman and BC Parks acknowledged the difficulties those with loved ones across the border have faced in trying to stay in contact, but emphasized the risks of keeping the park open had grown too large.
BC Parks expressed hope that exemptions to the Quarantine Act would also help soften the blow for those who have family members across the border.
The federal government is allowing immediate family members of Canadian citizens or permanent residents to enter Canada with family members as long as they have no symptoms of COVID-19 and self-isolate for 14 days after arrival.
Kimiko Carpoff, who lives on the border, said she’s noticed an increase in traffic since the park reopened in May but disagrees with the decision to close it.
“What, we’re supposed to play on the street? Sit on the street? People use the park because it’s a park,’’ she said. “Personally, I think it’s much more problematic to close the park. It’s our green space.’’
Provincial health officer Dr. Bonnie Henry said the park was not closed because of COVID-19 but because of concerns about the number of people it was attracting.
By Nick Wells
The Canadian Press