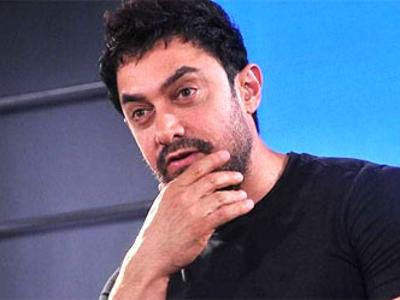 Mumbai: Superstar Aamir Khan, who is gearing up for the release of “Thugs Of Hindostan”, says it is a dream come true for him to share space on a poster with megastar Amitabh Bachchan.

“To see myself on a poster with Mr. Bachchan is a dream come true for me. I still can’t believe it,” Aamir tweeted on Tuesday.

He shared a poster featuring all four key characters of the movie. Apart from Aamir and Amitabh, the movie stars Katrina Kaif and Fatima Sana Shaikh.

This film will mark the first time Aamir and Amitabh will be seen sharing screen space together. The mega action adventure by Yash Raj Films is set to releases on November 8.

“Thugs of Hindostan”, an adaptation of the 1839 novel “Confessions of a Thug”, promises to be the biggest visual spectacle on the big screen with jaw-dropping action sequences and an epic war on the seas.