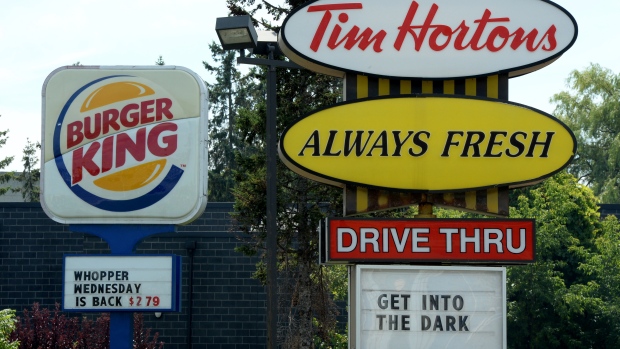 Toronto: Tim Hortons Inc. is ready to pursue its global expansion, chief executive Marc Caira said Tuesday as shareholders voted to approve a takeover of the company by Burger King.

“I believe we are well positioned, following this transaction, to take Tim Hortons’ brand experience around the world,” Caira said at the company’s special meeting of shareholders.

“Tim Hortons deserves to go around the world. We must share this Tim Hortons experience with the rest of the world.”

The shareholder vote followed approval of the deal by Ottawa after a review under the Investment Canada Act last week and by the Competition Bureau in October.

Burger King said the deal, worth more than $12 billion in stock and cash, is expected to close on Dec. 12.

The name of the combined company will be Restaurant Brands International, a name that both companies say reflects their global aspirations.

However, Tim Hortons and Burger King will continue to exist as independent brands.

Restaurant Brands International will be headquartered in Oakville, Ont. and will be listed on the Toronto Stock Exchange and the New York Stock Exchange.

Burger King’s shareholders are not required to vote on the merger because 3G Capital, which owns roughly 70 per cent of the company, has already approved the transaction.

As part of the deal, the company has agreed to maintain current employment levels at Tim Hortons franchises across Canada and to speed up its expansion globally and in the U.S.

The Canadian franchisee rent and royalty structure will also remain at their current levels for the next five years.

Caira said Tim Hortons will strive to protect its market share in Canada and to win the “must-win battle” south of the border, as well as pursue international growth.

“The new era is an environment in which interconnected consumers have more choice, where there is low growth, rapidly changing food trends and hyperintensity in the competitive environment,” Caira said.

Vancouver Police’s decision not to lay charges against man who urinated...