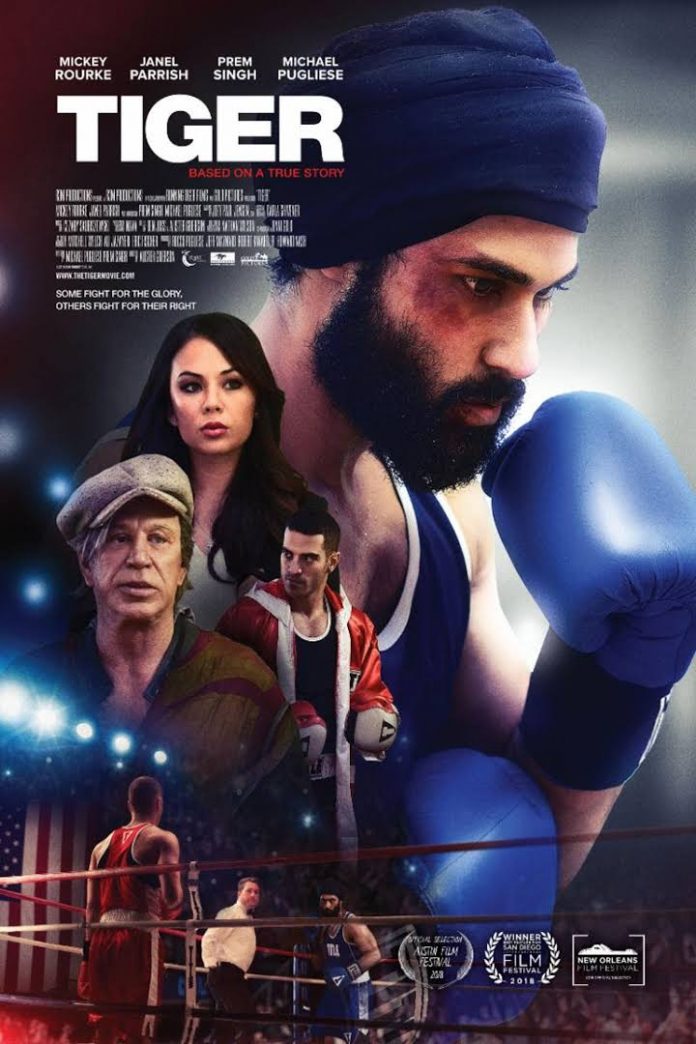 Certain stories seem to be destined for Hollywood. Sports films have been hit and miss affairs at the box office. While Sylvester Stallone hit box office gold with 1976’s Rocky a similar feel good feeling emanates from Tiger. Right for the times this scintillating drama sure does have its heart in the right place. Be sure to take in the festivities at Vancouver’s International Village Cinemas Surrey’s Strawberry Hill Cinemas and other select Theatres around B.C.

Suitable for all ages this story tracks the life of a much-maligned immigrant whose dreams of football stardom are dashed at the starting gate. Tempers can do in many an athlete and what turns out to be a lapse in judgment one time too many sees a player named Pradeep Nagra derail a potentially lucrative career. Actor Prem Singh engulfs the troubles that plague this physically strong yet psychologically scarred young Sikh man.

Sidelined, down and out our reluctant great brown hope returns with his tale between his legs to his adopted American homeland. To this man religion matters. Try telling that to countless men and women who take umbrage to his facial hair and attitude.

Up for a challenge Pardeep tries his hand in the boxing arena. Taken in by a rag tag trainer cut from the Burgess Meredith playbook the duo seems destined for failure from the outset. Mickey Rourke ingrains the right degree of conviction as a man who can see and seize talent, never say never and never count this courageous wounded warrior out. Courage and conviction ooze out of every one of this man’s pores and when it comes to joining the battle in the ring all bets are off.

Exciting boxing footage and a more important buildup that seethes with raw emotion makes Tiger a robust drama full of cause and conviction. Charisma plus is on tap here.